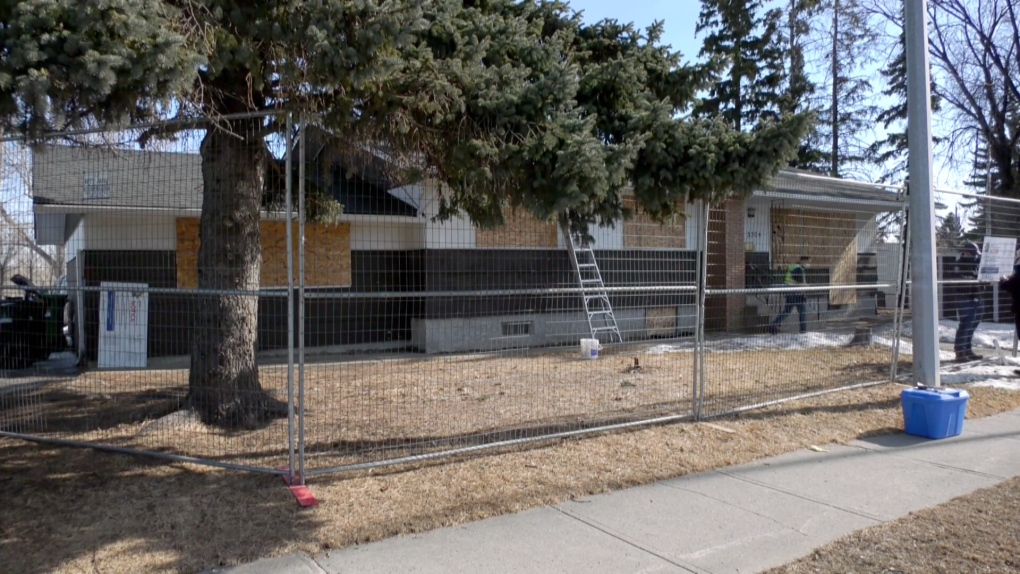 CALGARY -- Alberta Sheriffs have shut down a drug house in north Calgary that was the subject of what police call "an unprecedented number of complaints" from neighbours.

The Safer Communities and Neighbourhoods (SCAN) unit of the Alberta Sheriffs obtained a court order against the owner of a property at 5504 Centre Street N., which means it will be off limits for 90 days effective noon Thursday.

The locks were changed, the house was boarded up and a fence erected around it.

The order also means no one is allowed on the property without permission from Alberta Sheriffs until June 2.

The owner and a realtor can be granted access to show it to potential buyers and if the owner does not sell the property, "the order provides authorities with the option of applying to court for a five-year ban on renting the property, and a five-year community safety order," read a release.

“This is precisely the sort of situation that the SCAN unit was created to fix, a location where criminal activity and violence had become a seemingly everyday occurrence," said Justice Minister Kaycee Madu in a statement.

"Law-abiding Albertans should not have to tolerate such a level of chaos and danger in their communities.”

SCAN has received upward of 30 complaints and letters from the community documenting criminal activity associated with the property over the last year, making it the largest group of complainants the unit has received.

Records indicate Calgary police responded to more than 115 incidents at the property in 2020, including robbery, break-and-enter, possession of a controlled substance, and theft of a motor vehicle.

A woman was also recently attacked with a machete, suffering a wound to her thigh, and a man suffered injuries after taking a bullet to the face.

Since being created in 2008, Alberta’s SCAN unit has investigated more than 5,800 problem properties and issued more than 90 community safety orders.