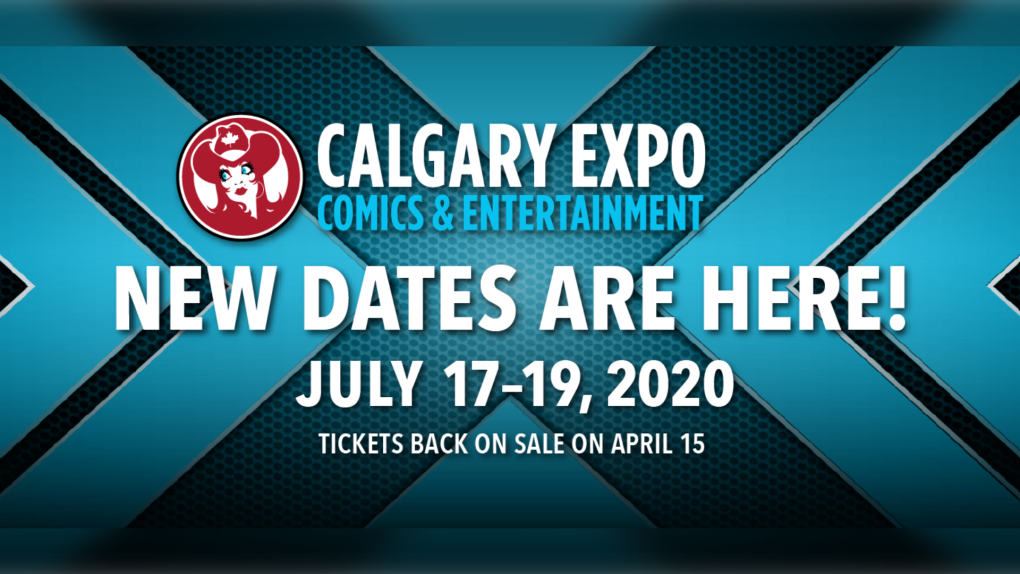 CALGARY -- Organizers of the Calgary Expo Comics and Entertainment show have announced plans to host the 2020 event in July.

Originally planned for April 23-26 at Stampede Park, a decision to postpone the 15th annual installment of the show was made earlier this month in response to the COVID-19 pandemic.

On Monday, organizers announced plans for a three-day event to be held July 17-19.

According to Calgary Expo officials, all tickets that had been purchased for the April dates — including photo op and special event bookings — will be immediately refunded but customers will not be reimbursed the service fees.

Those who purchased tickets for the original dates will have access to an exclusive presale from March 30 - April 14, where tickets will be available without service fees. The Calgary Expo will send presale details to ticket holders by email.

General tickets for the July dates will go on sale on April 15.

Additional details regarding the new dates will be sent to exhibitors and artists.

Expo officials are attempting to confirm the availability of previously announced artists and celebrities scheduled to appear at this year's event.