CALGARY -- From the Great Depression to the Great Recession and beyond, Harpers Tires has kept rolling through it all.

"1931. That's the first credit sale right there," says Dan Harper, pouring over the company's first ledger. "Everything done pen and paper and you sort of had to know what was going on."

Now in its third generation, the family-run tire and service shop is celebrating its 90th anniversary.

Over the years, Harpers dabbled in other side businesses, at times selling billiards tables, boats and even skis, but they always settled back to their core product.

"Looking at all the history items and going through it all, you can't help but be proud of what the family has done and what the business has done," Harper says, who co-owns the shop with brother Tom. "And you're grateful to be part of it." 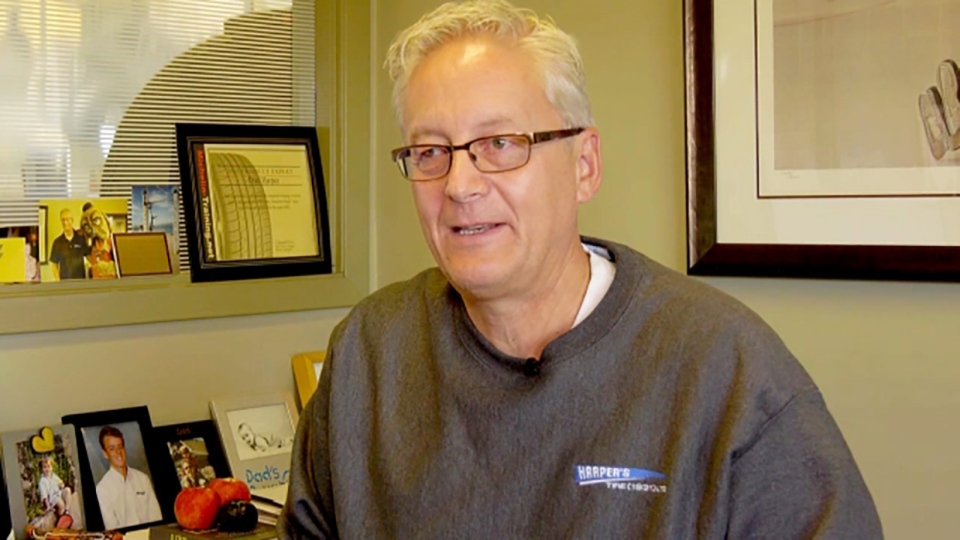 His grandfather John Monroe Harper bought a vulcanizing business with $400 down on the $1450 purchase price. Vulcanizing is a process for applying rubber coating, similar to a re-tread.

During the depression and then through the rubber rationing era of the Second World War, drivers had to get every last mile out of their tires.

"You had to make the most of it," says Dan Harper. "Today everything is thrown away."