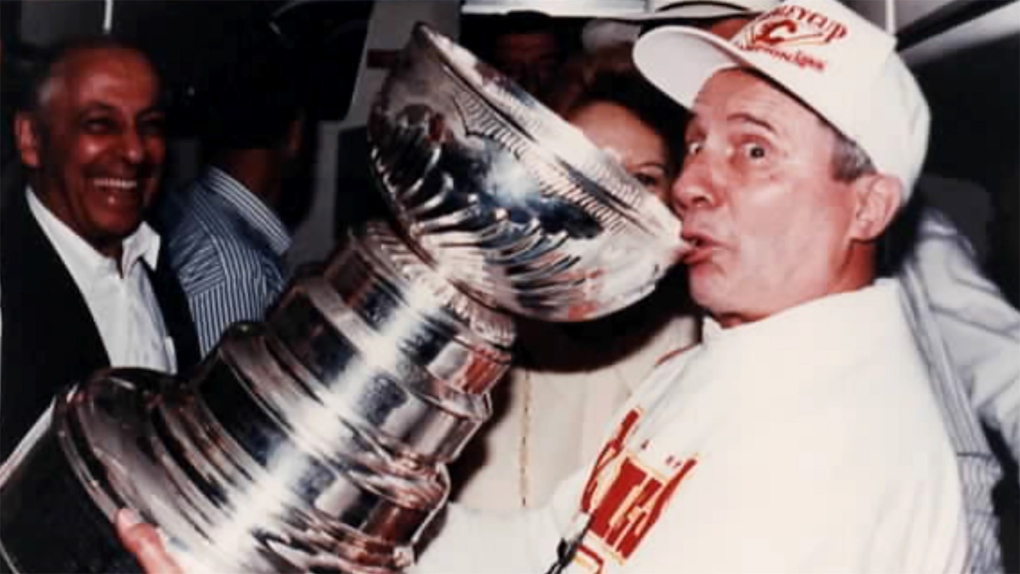 Byron J. Seaman drinks from the Stanley Cup after the Calgary Flames won it in 1989. Seaman passed away at the age of 97. (Courtesy Calgary Flames)

CALGARY -- The Calgary Flames are mourning the death of Byron J. Seaman, one of six members of the original ownership group who brought the team to the city in 1980.

"We remain forever grateful for the prominent role BJ and his brother (Doc) Daryl Seaman played in bringing the NHL to Calgary,” said Flames chairman Murray Edwards in a statement.

“He was devoted to his family and lived a life of dedication to our Calgary community. We will miss BJ’s friendship and support and send our heartfelt condolences to his loved ones and friends."

Seaman and his brother were instrumental in securing an NHL franchise for Calgary and served as members of the ownership group from 1980 to 2010.

"Born and raised in Rouleau, Sask., the Seaman brothers were dedicated to the Calgary community through their philanthropic initiatives and the Calgary Flames," the team said in a statement.

"BJ was an extremely successful businessman with over 50 years of experience in various positions in the oil, gas and resource industries on a world-wide basis."

Along with his brother Daryl and fellow original Flames owner Harley Hotchkiss, Seaman was inducted into the Alberta Sports Hall of Fame in 2007. He was also a recipient of the Governor General's Medal.

The Seaman brothers helped fund the International Hockey Centre for Excellence in Calgary and also helped establish a magnetic resonance research centre at the University of Calgary.

Seaman served on boards of the Salvation Army and Calgary Children's Hospital, and on YMCA, UNICEF and Canadian Foundation of Ileitis and Colitis committees.

He was active in the United Church, according to his obituary, and enjoyed hunting, golf, the card game gin rummy, reciting Robbie Burns poetry and lunch at the Petroleum Club.

Seaman is survived by his brother, Don, four children, eight grandchildren and 11 great-grandchildren.