Twenty-six prospects stepped onto the ice at the Scotiabank Saddledome Thursday afternoon and many of them will never play a game for the Calgary Flames.

Two prospects that will be given every opportunity are first round picks Connor Zary and Jakob Pelletier.

Zary was the Flames first rounder in the 2020 NHL draft. This is his first camp with the Flames and even though the team brought in a number of veteran forward in the offseason, he says his goal is to make the big club this season.

"You're coming into the NHL, it's the best league in the world and every team is full of guys that have already played and veteran guys who have been around for a while," the 19-year-old said.

"I think what's communicated throughout every team is probably that a young guy coming in is always looking to take an older guys spot so I think that's what pushes the competition every single day."

PELLETIER'S GOAL IS TO STAY IN CALGARY AS WELL

Pelletier was the Flames’ first round pick in the 2019 NHL draft. The 20-year-old already has one camp under his belt and he says he's not here just to learn – he wants to be in Calgary this season.

"We're here to play. I think the whole staff that's going to make decisions and our job is just to play here," Pelletier said.

"The goal is to make the Flames team for sure." 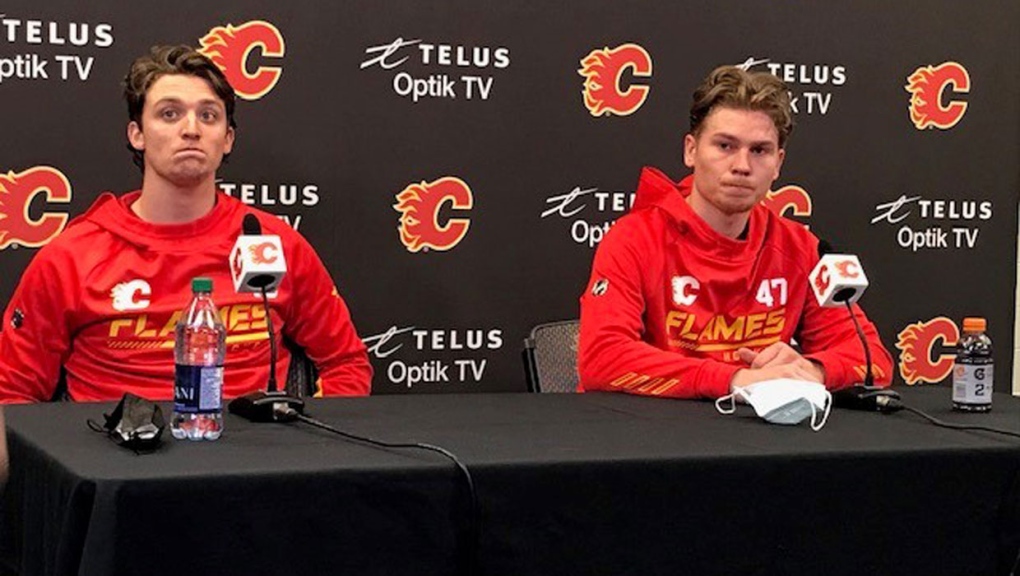 Even though they'd love to be here, the more likely scenario is for both young men to go down to Stockton and see plenty of action with the Heat.

Mitch Love is the Heat’s new head coach and he says he loves both player competitiveness and their hockey IQ.

"You know they think the game at a high level. You know I guess at this level now in the American Hockey League or the NHL you've got to make plays and think a lot quicker than you do in junior right. So that's one thing that they'll continue to work on."

GREAT FRIENDS ON AND OFF THE ICE

Zary and Pelletier have become very good friends over the last few years. They share a lot of connections. Besides to both being number one picks of the Flames, they've played at the U18 tournament together and won a silver medal with Canada at the World Juniors tournament. Pelletier says they like being around each other.

"It's kind of great to have a guy just like him here."

For Zary, it's not always easy to understand Pelletier who has a thick French accent. But he says that's what makes it fun.

"Yeah I'm just usually trying to figure out what he's saying half the time, that French accent," he said with a laugh.

"But he's a great guy, he's really funny and a great time to be around." 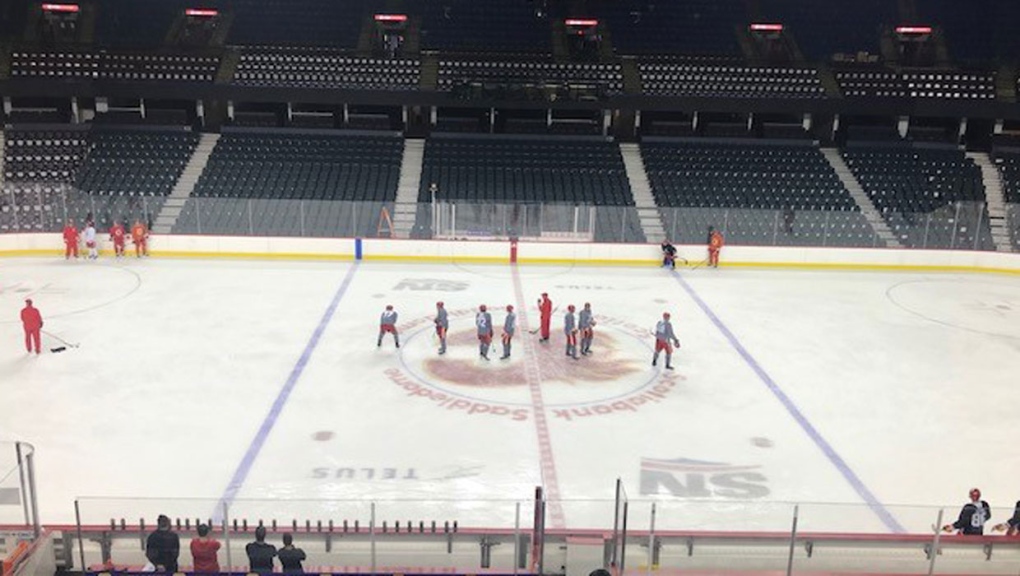 The Flames prospects will head to Edmonton on Saturday to take on the Oilers prospects. The same two teams will be at the Scotiabank Saddledome on Monday.