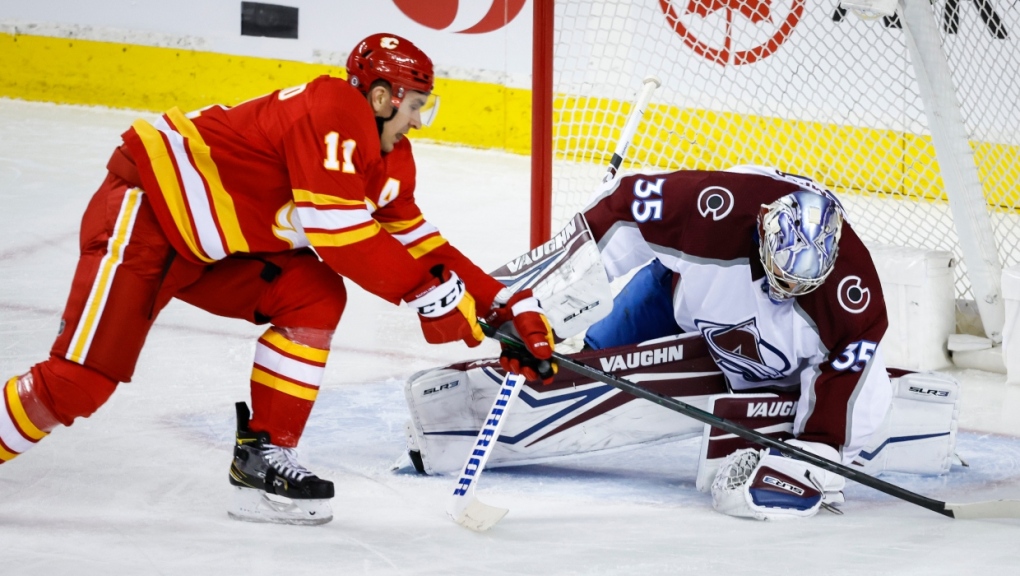 The Calgary Flames will face off against the Colorado Avalanche in their 2022-23 season home opener this fall.

The Flames take on the defending Stanley Cup champions on Thursday, Oct. 13 following eight pre-season games that run from Sept. 25 to Oct. 7.

Four of the pre-season games will be on the road and four will be played at the Scotiabank Saddledome.

During the regular season, the Flames will play each divisional opponent four times, with the exception of Edmonton and Seattle who they will face three times.

The club's longest home stand in the 2022-23 season will be an eight-game stretch from Oct. 17 through Nov. 5 in which they'll host Vegas, Buffalo, Carolina, Pittsburgh, Edmonton, Seattle, Nashville, and New Jersey.

The Flames will play in nine back-to-back scenarios this season, their first in New York against the Islanders on Nov. 7 before travelling to New Jersey for a meeting with the Devils on Nov. 8.

Tickets for pre-season games go on sale at 10 a.m. on Sept. 9 through NHL.com.

For more information on the regular season and to purchase tickets, you can visit NHL.com/Flames.

How warm is the planet? Data shows last month was 6th hottest July on record in 143 years

A Quebec Superior Court judge has temporarily suspended two articles of the province's new language law, saying they could prevent some English-speaking organizations from accessing justice through the courts.

WHO plans to rename monkeypox over stigmatization concerns

The World Health Organization says it's holding an open forum to rename the disease monkeypox, after some critics raised concerns the name could be derogatory or have racist connotations.