CALGARY -- Jennifer Rapuano-Kremenik is one of the people behind Harvest Hills Cares, a charitable group helping Calgarians having trouble making ends meet.

In the last year the group has helped over 17,000 Calgarians with everything from paying a utility bill to filling up a tank of gas to getting a job interview to putting a meal on the table.  Food hampers are the single largest endeavour of Harvest Hills Cares.

When CTV caught up with Rapuano-Kremenik, she was cruising the aisles of a local food store shopping the sales.  Stretching a buck has become even more important as the third wave of COVID-19 has placed an unprecedented strain on the charity.

“It is bad. It is very dire," she said. "We have survived the first wave, we survived the second wave. And with the latest wave, we've gotten to the point where we've had to pick and choose who we help first and who we ask to hold on just that much longer. A week, two weeks, possibly three weeks," said Rapuano-Kremenik “

"We have seen a rapid increase in demand due to the latest lockdown and the latest round of layoffs, especially in a district or group of individuals that were just starting to recover," she added. "Finally, with the nice weather and patios opening, the hospitality industry has been hit yet again. And that is an increase in requests for help or assistance for us.”

The story is much the same at the Veterans Association Food Bank, which despite its name supplies a lot more than food support for veterans in need. The agency runs a housing program for veterans, offers peer support, and counselling, as well as a pet protection program that helps veterans pay veterinary bills for their animal companions 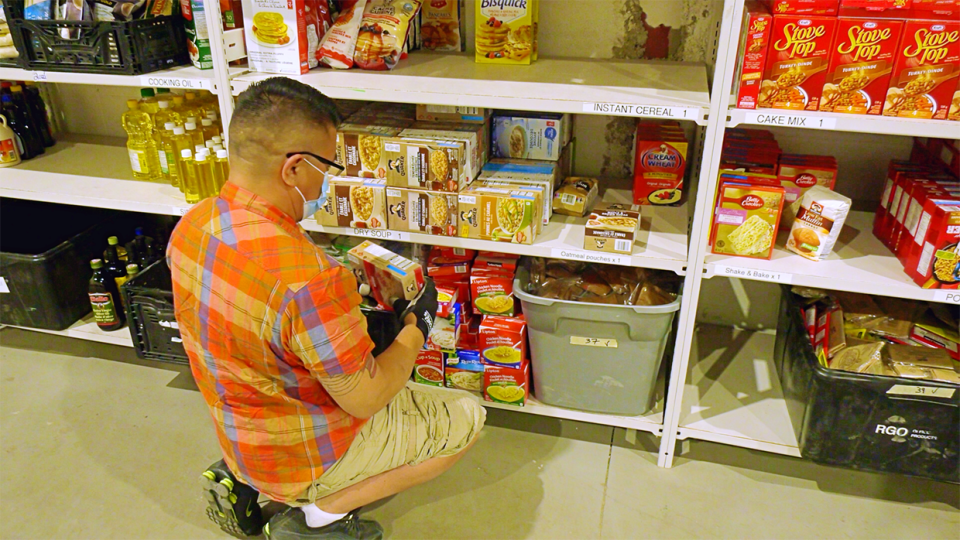 “The COVID-19 pandemic has been pretty hard on our operations here, and also really hard on our community of veterans that we serve," said Alyssa Harrington, communications manager for the Veterans Association Food Bank. “In terms of the food bank, donations have gone down. Because other communities are affected, it's harder to secure donations of food or finances.”

“If we don't have everything that we need for a hamper someone's going to miss out on something that they need. For example, we're really short on canned fruit right now, canned peaches, pears, fruit cocktail, we're short on coffees, mashed potatoes," said Harrington “So in order for us to supply a full month's worth of, of everything that somebody needs, we rely heavily on the community to bring in those non-perishable food donations.”

According to Harrington this comes as the Veterans Association Food Bank, like other charities, is seeing a spike in demand

‘We're definitely seeing a big increase in in veterans that that are needing help. Lots of people are losing their jobs at this time.”

Even the largest of the food banks in Calgary is feeling the pressure brought on by the pandemic. The Calgary Food Bank has not seen demand decline since the 1980s, but the pandemic pushed the agency to its limits.

"COVID has challenged us like nothing else. We're constantly challenged by the recession, the floods (and) the fires. But COVID really took it to a new level," said Shawna Ogston, communications manager for the Calgary Food Bank

“This is unprecedented for us. We have seen eight to 12 per cent (increases in demand), and then in the last two months, we've seen 30 per cent and 43 per cent and then last month a 57 per cent increase in clients. That's going from 5000 hampers to 9000 hampers for families, and individuals, who need us continuously to make sure that we can help them with their other financial constraints that are going on.” 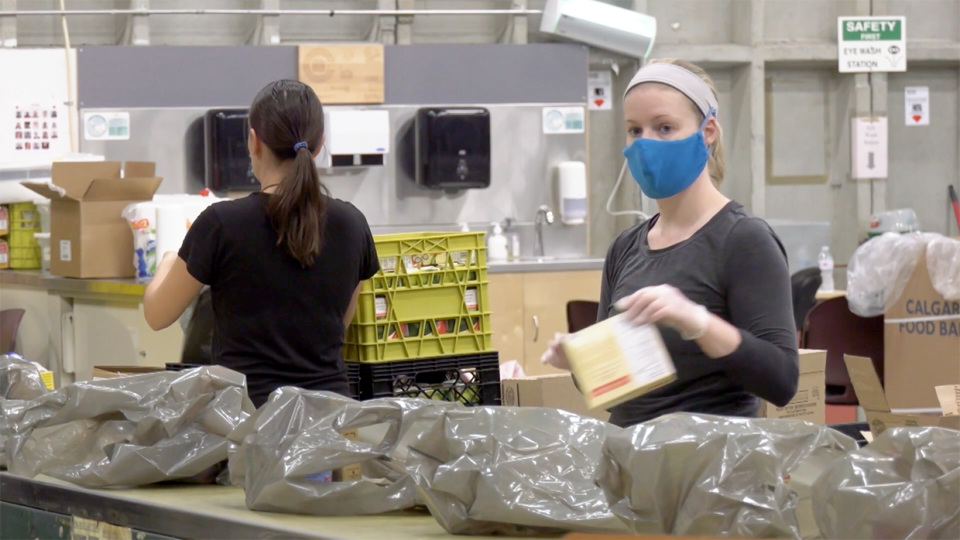 Ogston said the Calgary Food Bank is also feeling the effects of higher grocery prices, but is able, for now, to absorb much of it through the generosity of both Calgarians and their suppliers.

“We're always preparing and planning but when you see it spiking more and more… I mean we don't have a crystal ball but we know that it's going to continue to rise, but we’re sure we can do it because of the generosity of our city.”

During the pandemic, The Calgary Food Bank has opened satellite branches to allow people to pick up hampers closer to home, and instituted a QR code system so those without transportation could have a friend or family member pick up their hamper.  It also assists smaller food banks across the province and the country through provincial and national food sharing programs.

“We all have this incredible passion to work in the community, and to make a difference," said Ogston “We know that our friends and neighbors are suffering, so let's all work together in this sphere and make a difference.”

Ogston stressed that the deals struck between the Calgary Food Bank and grocery suppliers allow it to achieve greater buying power noting that for every dollar they receive, they can leverage the equivalent of five dollars in food supplies.

Here are links to the three organizations mentioned in the article:

For a list of foodbanks across Alberta look here;https://foodbanksalberta.ca/food-banks/foodbankmembers/