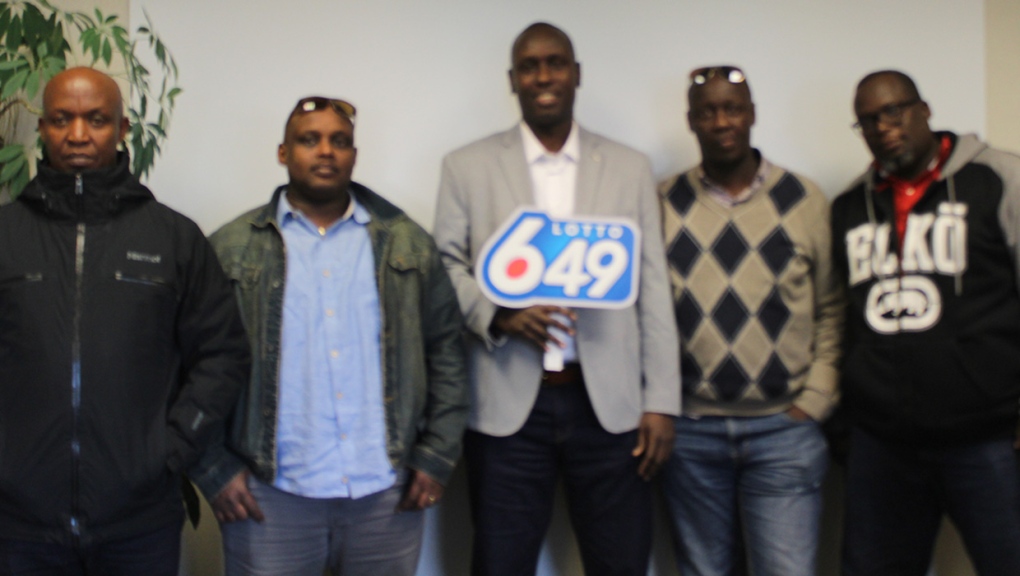 CALGARY – Five lifelong friends are sharing a $3 million windfall after their ticket was one of three winners in a recent Lotto 6/49 draw.

Calgary Adonis Ntwari, Emmanuel Hakizimana, Ramon Sindambiwe, Aime Nduwingoma and Marius Kanibi are each $600,000 richer after purchasing a ticket for the August 31 draw at Spruce Cliff Grocery in the city's southwest.

Ntwari told the Western Canada Lottery Corporation said he had a tough time convincing his friends that they had won after he scanned the winning ticket.

"I sent a message to everyone letting them know we won but no one believed me at first," said Ntwari. "Everyone took a good look at the numbers and realized it was true. We won the lottery!"

According to Ntwari, everyone in the group plans to put most of their share of the winnings away for the future. The group claimed the prize on Friday, October 11.

The group is sharing the $9 million August 31 jackpot with the owners of the winning tickets sold in St. Albert, Alberta and at an undisclosed location in Ontario.