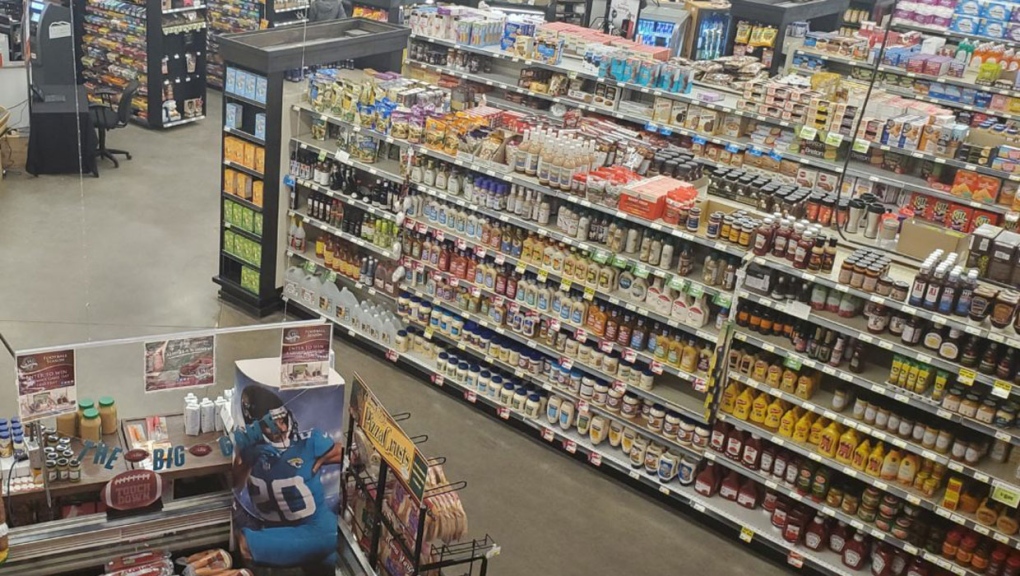 CALGARY -- A local Calgary business found itself in a bit of strange mess this week.

Staff at the Bownesian Grocer were stunned when they noticed Thursday afternoon that all 20 of their grocery carts went missing.

The store posted on their social media accounts asking followers to keep an eye out for the lost carts. The store owner credited the disappearance of some of the carts to people needing to carry food hampers given out at the nearby Salvation Army.

Craig Sollitt, co-owner of the Bownesian, said this isn’t a new problem for the grocer. He says every year, between 20 and 30 carts go missing.

"It’s just, in our view, an expense that we shouldn’t have to bear," Sollitt said. "Now, we have a combination of carts, because we buy whatever is available at the time that we need it, which isn’t always the style that we had before. We now have four different styles of carts at the moment."

When carts do go missing, Sollitt says he and his team drive around the neighborhood, hoping to spot as many as they can. Sometimes they are successful, other times, not so much.

Sollitt says he doesn’t believe the carts are stolen maliciously, but people might not understand the financial damage it does to the business.

The independent grocery store is in the process of trying to track down the missing carts.

For now, customers will have to use baskets.