AFTERNOON UPDATE: The low develops tomorrow for southern Alberta. However, this system is now close enough for our forecast models to have a better idea of shower potential here, and the outlook... you already know... is not great once again.

The developing setup tomorrow is largely looking languid immediately off of the foothills, which will translate to only a slight risk, now, of a storm, or even of rain, at this point. Only a few models hold out.

Which brings us to Sunday. Earlier in the week, rainfall totals for the Calgary area popped us into the double digits, on the high end. Right now, it's more like four to six millimetres scattered through the day, and if this trend continues, it'll be a single-digit by the weekend. Disappointing.

There's a (!)-style moment, where two unrelated models are putting out an exceptionally high rainfall total starting Sunday out to Monday... I reserve judgement for this until it gets a little more (or less) verification down the line.

MORNING EDITION: West wind Thursday will generate local gusts in the low 40s for Calgary; that'll be about the worst facet of the day.

Beyond, we're looking at loads of sunshine for the morning, and a layer of cloud moving through as the day wears on. That cloud layer will blanket us through the evening hours, providing a layer of heat entrapment that should keep Calgary in the double-digits overnight. It'll be fair weather to spend outside!

The west wind curls to southwesterly Friday; this is due to a trough sinking in, and with that, we're keeping an eye on instability. The convective outlook may point to marginal storm potential for Calgary; with temperatures in the 20s, some areas may get a severe thunderstorm watch prompt. Still, it will be rather warm.

The westerlies aren't done with us yet; that, combined with a blast of clarity, will create largely sunny conditions and only a slight chance of showers Saturday afternoon. That evening and into Sunday, we're looking at Calgary's – and southern Alberta's – best shot for rain. The overarching model sets have been rather finicky with the details on our precipitation; more and more are they falling back before five millimetres locally, with the impact in southern Alberta barely clinging above 10 millimetres. We could use a boost!

Monday, too, has early showers; with that borne in mind, Calgary may top 10 millimetres, as well. Still, this is at the back end of the forecast, and with a passage across the Rockies still ahead, there's no sense moving chips into the middle… yet.

Today's pic is from Colleen out by Black Diamond and Millarville! 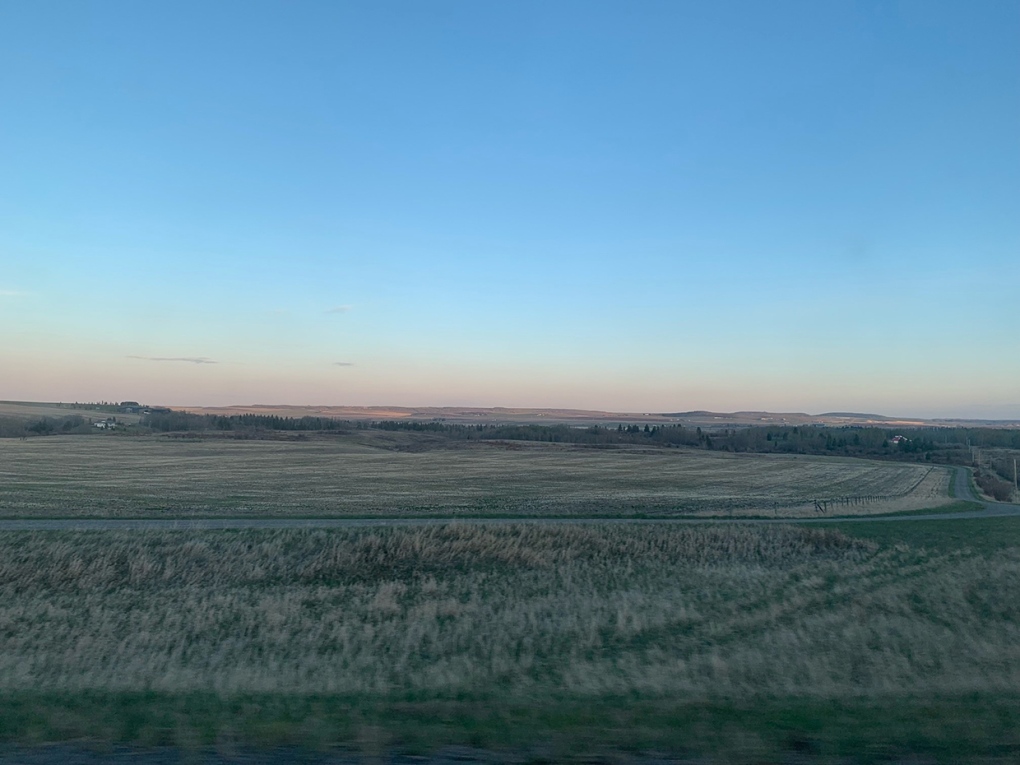