The Calgary Real Estate Board (CREB) says sales eased in June as the market experienced a pullback in the detached and semi-detached housing categories.

Sales in the detached market declined for the third month in a row and were largely impacted by homes priced under $600,000.

Sebastian Voermann is moving to Calgary from Toronto after accepting a job that starts in September.

After recently graduating from university, he’s looking to dip his feet into the real estate market instead of renting.

"When I was applying for jobs and doing my research, it really seemed like Calgary was the last major city in Canada with even somewhat affordable real estate," said Voermann.

He says young Canadians like him in Ontario and BC are being priced out of the market and not being allowed to realize the dream of buying a home.

"It's definitely something that – in our cities – it's gone out of the picture owning a home,” said Voermann.

"But if you're willing to move and maybe have a bit of an adventure living in a new city, I say why not? Go for it." 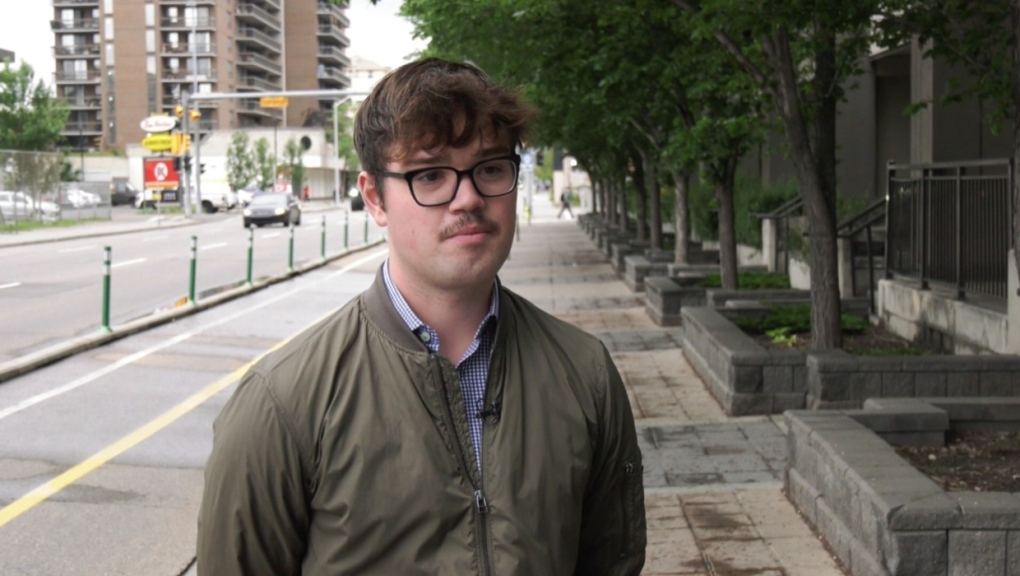 Sebastian Voermann is moving to Calgary from Toronto after accepting a job that starts in September.
Michael Montgomery, a realtor with Renzo Real Estate, who is helping Voermann find a home, says there are more and more people coming from across the country to bite into the housing market of Calgary.

"Out-of-province buyers coming to Calgary at the pace and with the enthusiasm that they are, we haven't seen that before previously in our market," said Montgomery.

"Where other markets are seeing these declines in prices, typically driven mostly by interest rates, in Calgary, we started to see rising levels of supply without necessarily the drop in prices."

Montgomery says Calgary’s supply is trending ever-so-slowly upwards, but the real estate board says there is only about two months left of supply on the market.

"We're still definitely in a seller's market," he said.

"As expected, higher interest rates are starting to have an affect on home sales. This is helping shift the market toward more balanced conditions and taking some of the pressure off prices," CREB's chief economist Ann-Marie Lurie said in a statement.

"While we are starting to see some transition, it is important to note that in Calgary year-to-date sales are still at record levels and prices are still far above expectations for the year."

Tom Brady is taking some time away from the Tampa Bay Buccaneers to 'deal with personal things,' according to the team's head coach Todd Bowles.

The U.S. Centers for Disease Control and Prevention says the nation should move away from restrictive measures such as quarantines and social distancing and focus on reducing severe disease from COVID-19.