CALGARY -- A Calgary business is trying to make ends meet during the COVID-19 pandemic, but one particular rule is cramping sales in a big way.

Ducky's Pub in southwest Calgary shut down right before St. Patrick's Day in accordance with public health rules for the prevention of the novel coronavirus.

The business says it's managed to reopen, but without an ability to offer customers its mainstay service – karaoke – the restaurant could be forced to close its doors for good.

The owner says karaoke is what sets the business apart from other pubs and what's made it popular with customers for the past 20 years.

"If we can't do karaoke, I've said it before – we are nothing," said Costa Psichoulis. "We have no other means."

He says his landlord offered him a break on payments while Ducky's was closed down in April and May. However, now that the business has reopened, Psichoulis says his costs have exploded and his livelihood is at risk.

"I have to face the possibility of closing down my business – which I've accepted. But the fact is, my landlord won't let me out of my lease. He has a personal guarantee hanging over my head and if I try to leave, he's going to go after me."

The provincial government, in order to help protect businesses struggling under the COVID-19 pandemic, passed the Commercial Tenancies Protection Act in July. The legislation helps cover some of the gaps left over by the federal government's own assistance programs.

"With the current aids the government are putting in place, they are not helping us. If could just pay the operating expenses, maybe something a little less on the gross rent, I might be able to squeak by. But, as it stands, there's just no way." 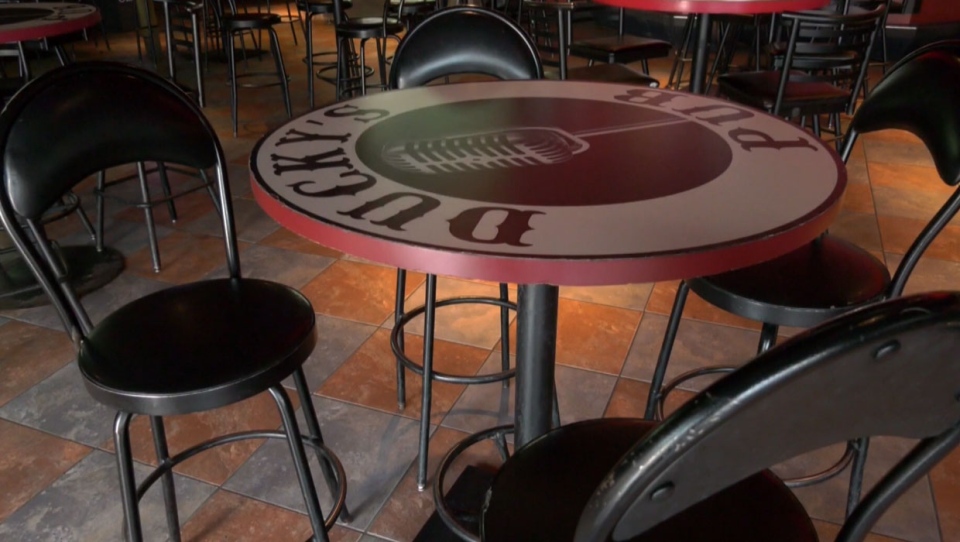 Ducky's Pub plans to stay open for another month at least and hopes that some new ventures, such as trivia games may pay off for them. Staff say it will be a challenge.

"It's like starting over from day one and trying to drum up new business when we're known as a karaoke bar," said Hardy.

CTV News has reached out to Sunward Investments, the landlord for Ducky's Pub, but it has not yet responded.

One in five Canadians report hardship due to border closure: Nanos survey

Can I catch COVID-19 on a train? New study explains which seats are riskiest

WHO says pandemic will likely be 'lengthy,' warns of 'response fatigue'