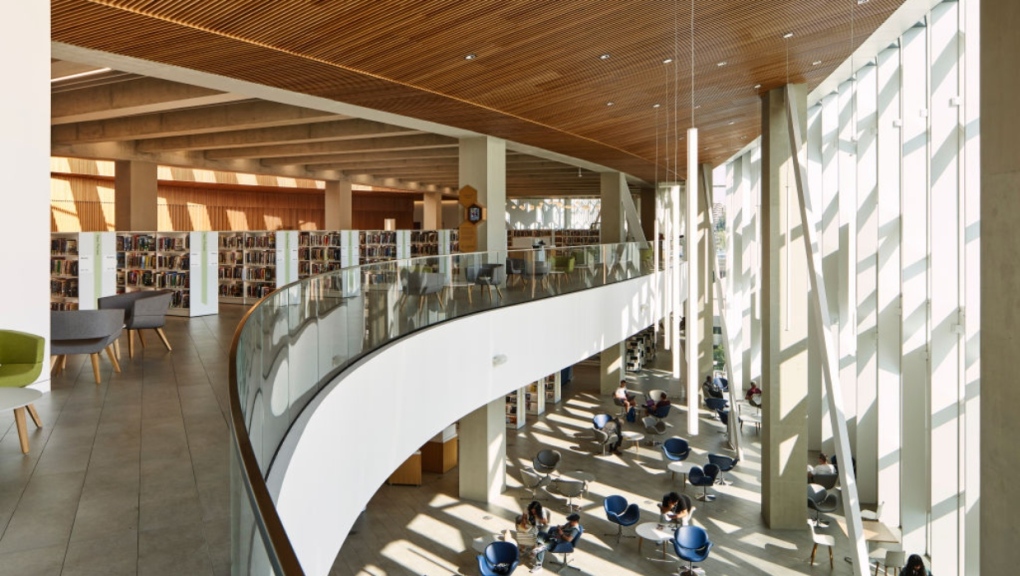 The Calgary Library closed abruptly Wednesday afternoon, following an incident that police say was connected to a person who was involved in a mental health crisis.

Officials with the CPS said officers responded to the Central Library, located on 3 Street S.E., for reports of "a traumatic incident involving a person in a mental health crisis."

There are no details about what exactly took place, but police say there is no risk to the public.

"This incident is not considered criminal in nature, however, due the public nature of the incident we are releasing details to ensure our community knows there are supports available to those who are struggling," police said in a release.

The library tweeted at 1:30 p.m. that it would be closed for the remainder of the day.

The library didn't say what happened, but added that it will share more information as it becomes available.

Central Library will be closed for the remainder of today, August 17, due to an incident onsite. Emergency Medical Services and Calgary Police were notified and are now onsite. We will share more information as it becomes available. pic.twitter.com/5GIRCkuYgq

Officials add that supports are being made available to staff members at the Central Library and anyone who may have witnessed the event.

Police say the library will be closed for the rest of the day on Wednesday and on Thursday as a result of the incident.

Police in Halifax say they made an unspecified number of arrests during a massive street party involving thousands of people near Dalhousie University.

King Charles III has decided not to attend the international climate change summit in Egypt next month, fuelling speculation that the new monarch will have to rein in his environmental activism now that he has ascended the throne.

Police firing tear gas after an Indonesian soccer match in an attempt to stop violence triggered a disastrous crush of fans making a panicked, chaotic run for the exits, leaving at least 125 people dead, most of them trampled upon or suffocated.

How a deadly crush at an Indonesia soccer match unfolded

A soccer match at a stadium in Indonesia has ended in disaster, with at least 125 people killed and more than 320 injured after police sought to quell violence on the pitch, authorities said on Sunday. This is how events unfolded.

Marking one month as a judge on the Supreme Court of Canada, Michelle O'Bonsawin, speaks with Evan Solomon about why she wants people to see her as a judge first and the first Indigenous justice to sit on Canada's highest bench, second.

Hurricane Orlene grew to Category 3 strength on Sunday as it headed toward Mexico's northwest Pacific coast between the tourist towns of Mazatlan and San Blas.