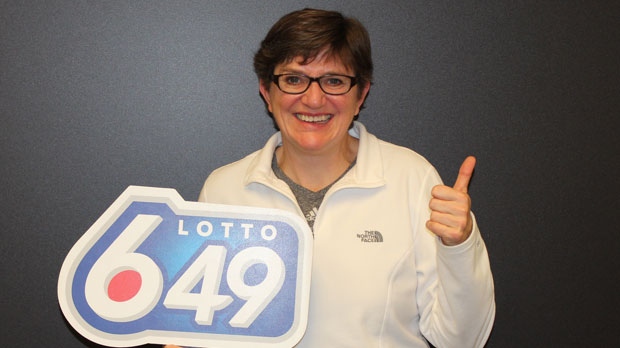 A Calgary woman is now planning an early retirement now that she won $1M in a December LOTTO 6/49 draw.

Edith Shackleton got quite a surprise when she checked her numbers on a free ticket she won from a previous draw.

Her numbers matched those of the Guaranteed Prize Draw, then took it to the Mayland Rexall to confirm.

“After the clerk scanned it, the manager came over and called WCLC for me,” she said in a release. “The operator asked if the ticket was in one piece – I said, ‘Yes, but there might be a teardrop on it.’”

Shackleton said she began plans immediately the day after, pledging to stay the course and retire sooner than she expected.

She says she’ll be using the winnings to travel and complete outstanding work on her home. “We were already planning to build onto our house, and we’ve always been travelers. This will help us keep doing the things we want to do.”