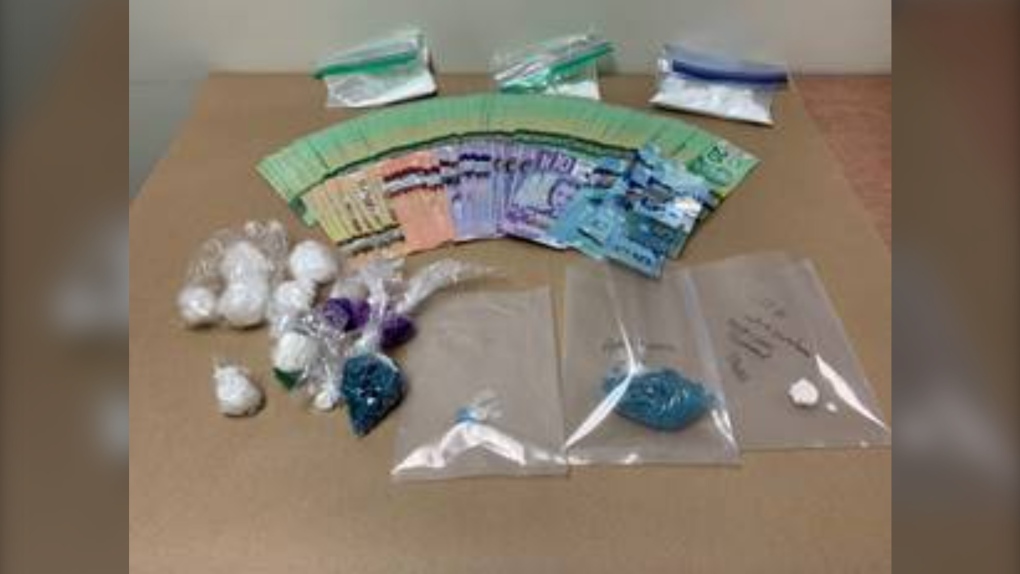 Lethbridge police seized a significant quantity of drugs and cash as well as arrested a Calgary man in a bust this week. (Supplied)

CALGARY -- Authorities say charges have been laid against a Calgary man after a significant quantity of drugs and cash was found inside an apartment in Lethbridge, Alta. Wednesday.

Lethbridge police say they were called to a south-end apartment, in the 900 block of 15 Street, on Sept. 30 as a result of a short investigation into drug trafficking.

When investigators executed a search warrant, they discovered:

Police say the estimated value of the drugs is more that $40,000.

Samantar Hussein, 29, of Calgary is charged with three counts of possession for the purpose of trafficking and one count of possession of the proceeds of crime.

He remains in custody at this time.