Matt Dawe is slowly starting to regain muscle strength after spending two weeks in hospital due, he says, to an adverse reaction to an AstraZeneca vaccination.

“I’m not a doctor, but don’t ignore your symptoms when you’re had these vaccines. Rare does not mean impossible, right?” Dawe said, in an interview with CTV News.

Dawe received his first dose April 23. On May 5, he was admitted to the South Health Campus after symptoms of numbness and tingling progressed.

“You can go to sleep and wake up and not be able to feel a new part of your body, and that’s absolutely terrifying," he said.

A day later, a neurologist diagnosed the 40-year-old with Guillain-Barre Syndrome, a rare nerve disorder. Alberta Health said it occurs when the body’s immune system attacks part of the peripheral nervous system. It often occurs after a viral or bacterial infection.

Dawe said he hit a low point on Mother’s Day.

“I was physically unable to sit up from any sort of incline. I could move my arms but barely overcome gravity, things like coming up to touch your face was a very exerting task. I had zero sensation below the waist. I could still move my legs just no tactile sensations.” 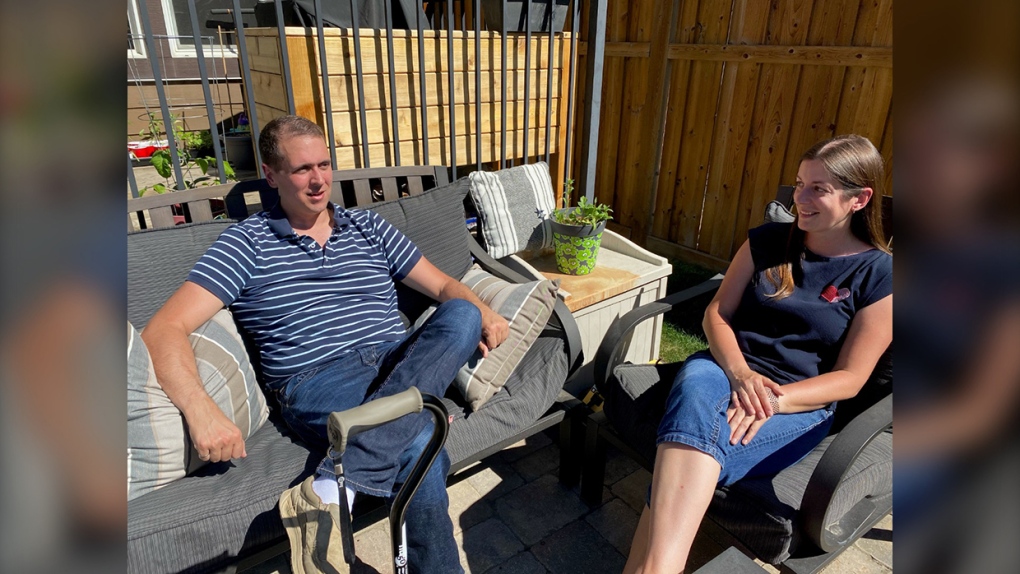 Dawe was discharged on May 20. He lost 20 pounds during his two weeks in hospital.

According to Alberta Health, there have been two cases of Guillain-Barre Syndrome reported.

“To date, 427 people have reported adverse events out of more than 2.8 million doses, meaning that 99.98 per cent of vaccines administered did not produce any adverse event,” said Tom McMillan, assistant director, communications, Alberta Health.

The bulk of those were allergic reactions, swelling of the lymph nodes and an upset stomach.

Of the 433 adverse events reported, 279 are related to Pfizer. 95 related to Moderna and 59 related to AstraZeneca.

Dawe said it's tough to be part of that rare group.

“My life is going to be invariably changed because of the decision to try and support the greater health of the community. And the relatively low probability of getting this, messes with your head a bit, right?”

The thrill is clearly gone in having Justin Trudeau as Canada's 23rd prime minister, Don Martin writes in an exclusive column for CTVNews.ca.

The United States has reached another grim milestone in its fight against the devastating COVID-19 pandemic: 1 in 500 Americans have died from coronavirus since the nation's first reported infection.