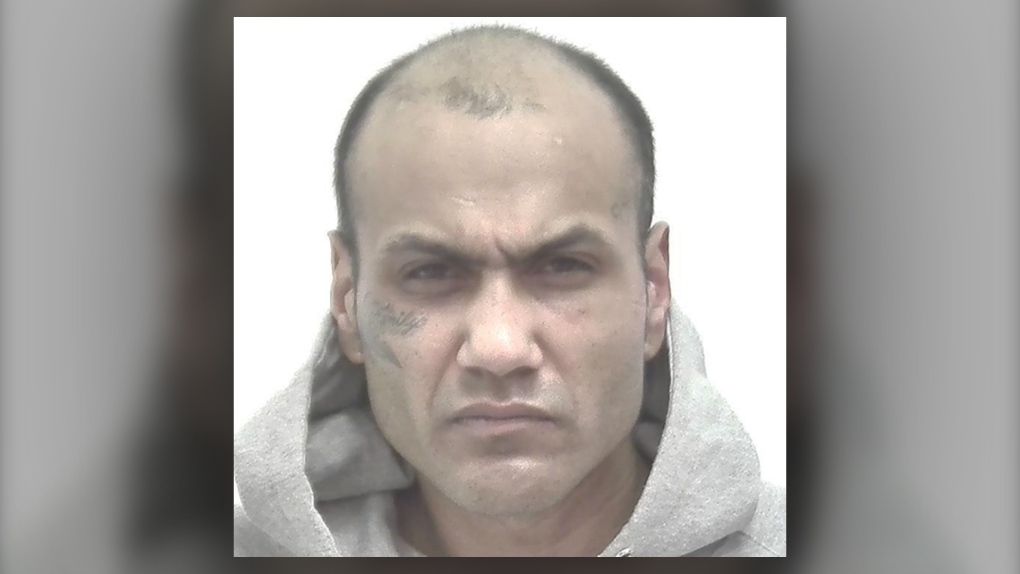 Shakir Jamal, 38, has been arrested by police. (File photo)

CALGARY -- A Calgary man wanted for human trafficking has been arrested by police.

Shakir Jamal, 38, was wanted on warrants for trafficking of persons, material benefit from trafficking, advertising sex services, assault with a weapon and assault.

He was also wanted on a Canada-wide warrant for parole violation.

Jamal remained in custody Wednesday afternoon and is scheduled to appear in court next on Feb. 3.

Police said the alleged human trafficking was uncovered during a drug trafficking investigation into a group known as The Family, with up to 500 members.

Dozens of arrests were made in November 2020, with 11 people being charged, including the alleged leader of the group, Lawrence Orubor, 52, who was charged with a number of drug offences.

The Calgary Police Service Diversity Resource Team also paired up with the Bear Clan Patrol to offer support and resources to more than 100 vulnerable people in the downtown area believed to be involved in the group. The Elbow River Healing Lodge, the Friendship Centre, the SORCe and Be The Change YYC, were also engaged to offer immediate resources and support.

Police said they later uncovered evidence of human trafficking and warrant was served at a home in the 2800 block of 16th Avenue S.E. on Jan. 7 where police arrested Orubor once again.

Warants were also issued for Shakir.

"Investigators believe at least two women were trafficked and at least one alleges they were assaulted if they did not comply with the demands of the leader and his associate," police said in a release.

"The women received very little of the money and were made vulnerable to the demands of the leaders by their addictions.

"This group targeted women who were vulnerable to manipulation and control because of their addictions. They preyed on at least two women that we currently know about, though we know they had a vast network in Calgary."