UPDATE: A brief shower passed by and continues in the 2 o'clock hour! Portions of the city saw a couple millimetres of rain come down; note that since the city is a lot more widespread than a single dot, this may not be true for your area: 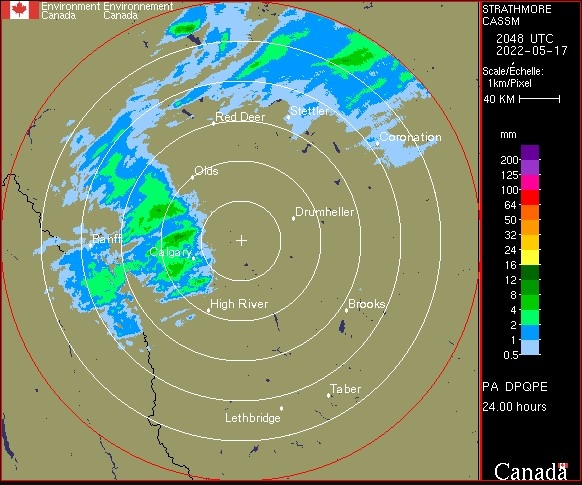 A look at the radar shows some areas north of Calgary continuing to get hit by developing showers through Tuesday afternoon. Good news for farmers that way. Isolated lightning has also been associated with this rain band.

I'm not in the business of overselling a forecast. Wednesday will be largely dry come the evening thanks to west wind, which will support temperatures exceeding those of any other for this forecast period. After that, however.... after that, the Thursday-to-Friday rainfall projections have gone up. Like, way up. Where previously up to 10, perhaps 15 mm was the outlook, our new outlook leans closer to 20 mm. Sure! We'll take it!

The showers are starting today, and with them comes the chance for a thundershower.

There are a pair of systems expected over the next 72 hours.

The first is a little too far to the north to do more than generate instability and trigger some of the weaker showers we're familiar with. Thanks to lower temperatures over the next couple of days, these afford us a better shot at actually seeing rainfall.

When it comes to meaningful rain, we will have to wait until Wednesday; those planning on taking in the Red Lot or a patio for the Battle of Alberta will potentially contend with some early-afternoon showers that look to persist until the dinner hour. But it’s a lighter variety of rain and, even from yesterday, the chance it happens has dropped off drastically.

The heaviest stuff is expected Thursday, where an excess of 10 millimetres remains a possibility. While Calgary will certainly be grateful for such a showing of rain, the southern partitions of the province are gaining 10 to 15 mm of moisture. This doesn’t exceed the 30 to 50 mm deficit currently in place, but it's more than we've seen in southern Alberta for a good while, and we'll take what we can get!

The best part of your forecast, if you're a believer in Murphy's Law, Saturday to Monday is largely dry at the moment. A May long weekend without rain feels a wee bit funny in our purview, but we'll take it!

Today's pic is from Richard, who collected a beautiful sunset last night! 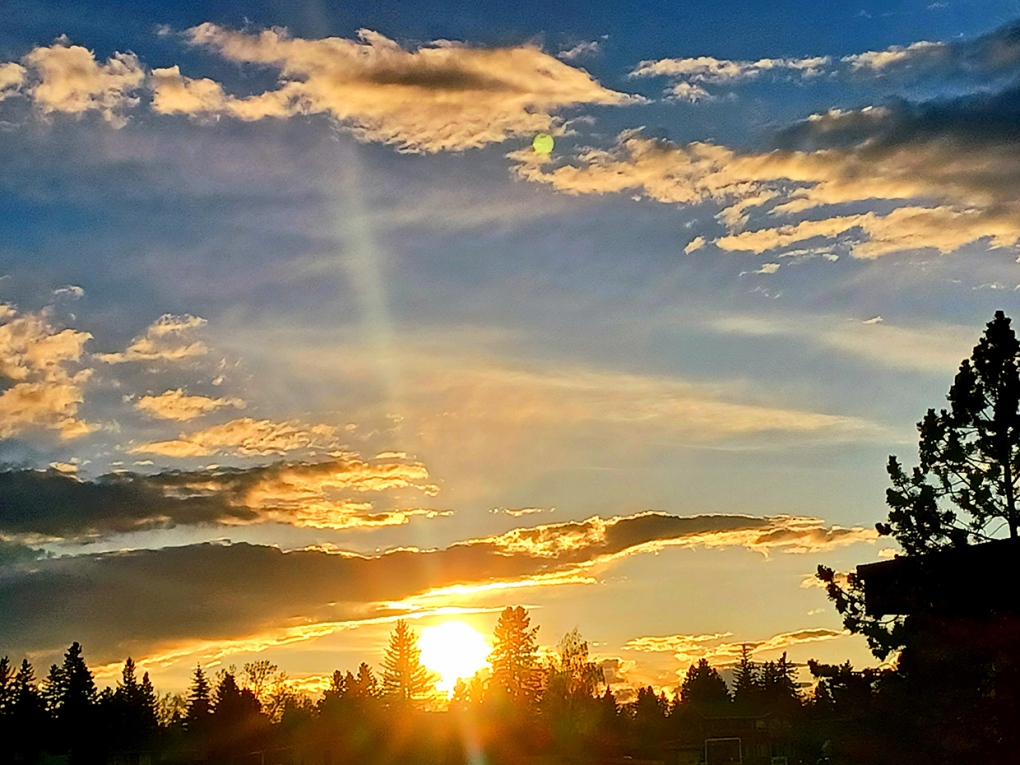