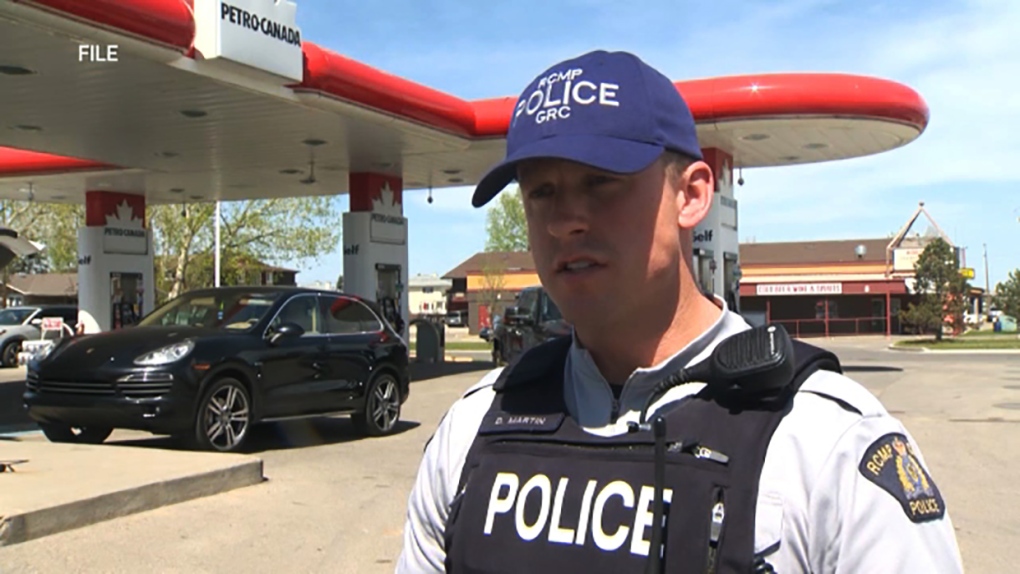 Const. Daniel Martin was forced to resign by the RCMP due to concerning texts he sent a 16-year-old girl he coached in lacrosse
CALGARY -

An RCMP officer has been forced to resign over texts he sent in 2019 to a 16-year-old girl he coached in a Rocky View  County, Alta., lacrosse league.

RCMP Const. Dan Martin, 42, was found guilty on Wednesday of discreditable conduct under the RCMP Act for concerning texts he sent in 2019.

According to John Kilbride, the director of marketing and interim president for the Alberta Lacrosse Association (ALA), Martin was a parent coach.

Kilbride said that Martin coached a team of 16-year-and under players in the Rocky View Lacrosse Association, along with the mother of the victim, in a co-coaching role known as the "Rule of Two," which he explained is to ensure that no player is ever left alone with an adult.

According to Kilbride, the victim was serving as an assistant coach to Martin, despite not being certified or authorized to be on the bench.

On a ride home from an event, the victim revealed the texts to another adult, who relayed the information to the victim's mother.

When the mother became aware of the texts, she expressed concern to the president of the Rocky View Lacrosse Association that she felt they were intended to groom her daughter.

Kilbride who just took over seven months ago, said the Rocky View Lacrosse Association president determined that the texts were beyond the association's standard disciplinary practice and reported it to the RCMP.

Martin was suspended by the lacrosse association within 24 hours. The RCMP recommended the family file a formal report, which they did.

"When the Alberta RCMP were made aware of the situation, we immediately initiated an internal process that led to a conduct hearing where allegations of Discreditable Conduct (Sec. 7.1, RCMP Act) were established against Const. Daniel Martin," said K Division RCMP media manager Fraser Logan, in an email to CTV News.

Martin has 14 days to appeal the RCMP's decision.

"As we are now within an appeal period, it would be inappropriate for the Alberta RCMP to comment further."

It wasn't clear whether the relationship between Martin and the lacrosse player extended beyond the texts.

Kilbride said when he learned of the incident, he was "mortified, disgusted and saddened."

"One of our core principles is we're supposed to be protecting, nurturing both mentally and physically the athletes in our charge and this is a violation of the worst degree to creep into this world and then just committing the most egregious breaks of trust you can imagine," he said.

"It's really kind of our worst nightmare."

Asked whether she continued to play lacrosse, Kilbride said he wasn't sure, but would be in a different league if she was.

"She would be in major women’s lacrosse now (17 and older). This age group has been running very little programming during our COVID return-to-play so it is likely the victim has not played since 2019. Note that I nor our executive director know who the victim is as we have tried our best to maintain the family's privacy and at this time."

No criminal charges have been filed.

While the release of the two Michaels is reason for celebration, there are at least four other Canadians still detained in China.