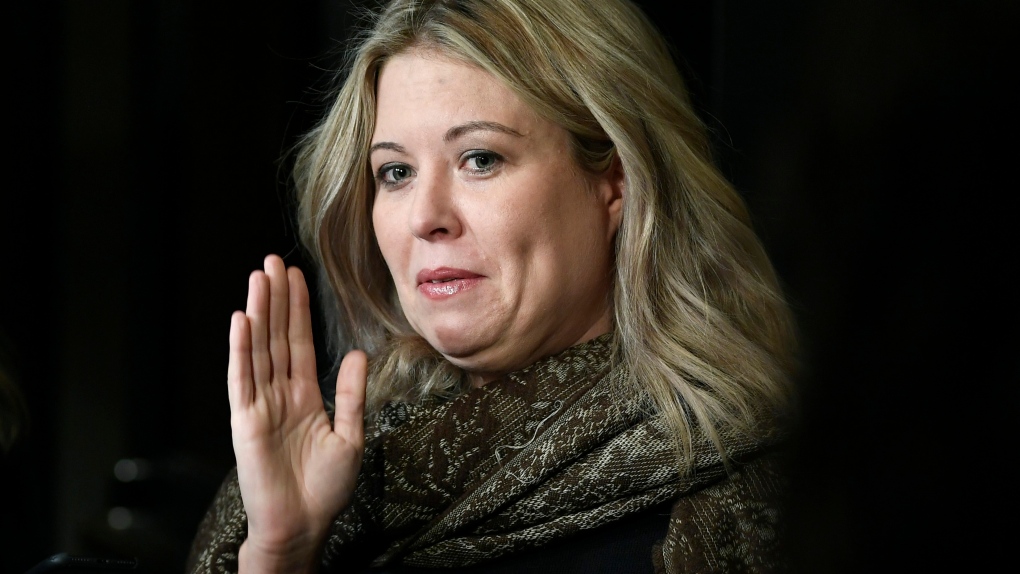 Conservative MP Michelle Rempel Garner speaks to reporters as she arrives for a Conservative caucus retreat on Parliament Hill in Ottawa, on Friday, Jan. 24, 2020. THE CANADIAN PRESS/Justin Tang

CALGARY -- A Calgary politician has a new accolade to add to her resume and she has her House of Commons colleagues to thank for it.

Michelle Rempel-Garner, who represents the riding of Calgary Nose Hill, was named the "hardest working" MP by Maclean's magazine in its 12th annual Parliamentarians of the Year Awards.

The ceremony, which was held virtually because of the COVID-19 pandemic, includes categories such as best mentor, rising star, most knowledgeable, most collegial, best orator, best representatives of their constituents and Parliamentarian of the Year.

Rempel-Garner says she was "honoured" to accept the award, which was voted on by MPs from all Canadian political parties.

"Our community is worth fighting for," she wrote in a statement Wednesday. "Regardless of your politics or beliefs, it is my job as your elected representative to fight for our community in Parliament and work hard on your behalf."

First elected in 2011 for Calgary Centre-North, Rempel-Garner has served as Parliamentary Secretary to the minister of environment and was appointed as Minister of State for Western Economic Diversification Canada in 2013.

Another Alberta politician, Shannon Stubbs, was also named to the Maclean's list. The Lakeland MP was named as the best representative of constituents for the second time.

Meanwhile, former Green Party leader and representative of Saanich-Gulf Islands Elizabeth May was named most knowledgeable while Deputy Prime Minister and Minister of Finance Chrystia Freeland was named Parliamentarian of the Year.