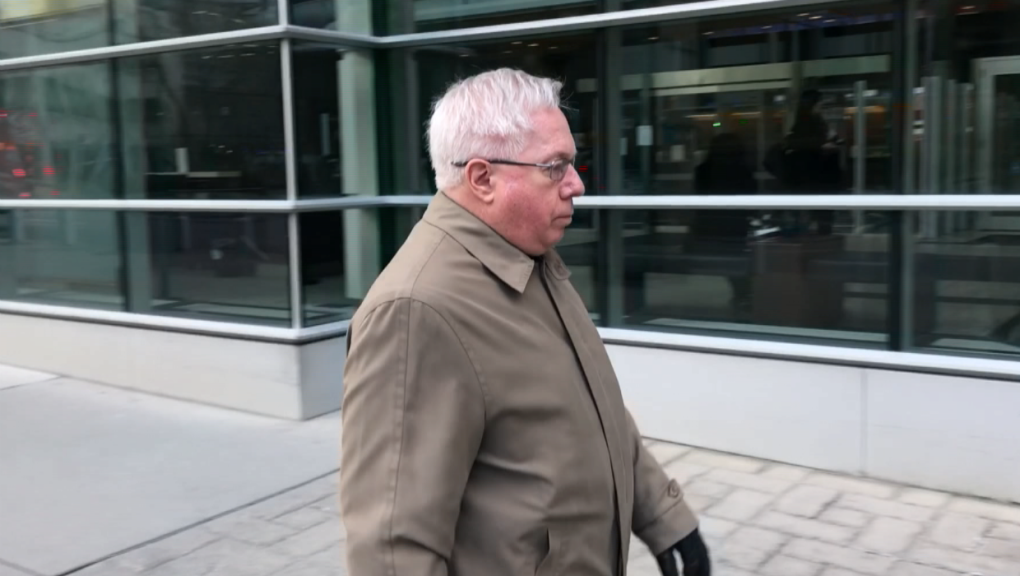 CALGARY -- A retired neurologist has admitted in court to sexually assaulting 28 female patients over three decades.

Keith Hoyte, 71, pleaded guilty to 28 counts as his trial was to begin Monday in Calgary. Two counts were stayed because they were melded into charges involving the same victims.

Crown prosecutor Rosalind Greenwood read aloud an agreed statement of facts describing how victims between 17 and 46 felt confused, embarrassed, numb and angry during appointments with Hoyte.

"The common thread running through the evidence is that Dr. Hoyte was seeking, in each instance, to obtain sexual gratification from his patients," the statement said.

In the statement, women described being told to undress from the waist up even though they were there seeking treatment for brain ailments such as migraines and seizures.

They described Hoyte fondling their breasts and pricking them with pins, while the doctor made little eye contact or conversation. In some cases, he pushed down gowns without his patients' consent.

Court heard that most of the time he did not explain what he was doing or why. In others, he said it was to test reflexes or sensation.

'Who's going to believe me?'

One woman described how Hoyte instructed her to walk back and forth with her eyes closed, arms outstretched and her gown wide open. She opened her eyes to see him crouching down and looking under the gown. He then grabbed her breast and pushed his body against her, the agreed statement of facts said.

"As she left the appointment she said to herself, 'What the heck just happened?,'" the document said.

"She tried to rationalize what happened. She also thought about reporting the incident, but thought to herself, 'Who's going to believe me? It would be my word against his.'"

That woman, trusting a family doctor who made the referral, went to see Hoyte for another appointment six years later, during which he tugged down her gown so hard she could hear the stitching rip, she recalled.

One victim went to police in 1991, one in 2008 and another in 2018. Police charged Hoyte with three counts of sexual assault in June 2018. After media reports, 25 more women came forward.

Complainants gave varied reasons for not reporting Hoyte sooner. Many thought they wouldn't be believed. One didn't want to be thought of as a "difficult patient" when it was so hard to get a referral. Another one had debilitating headaches and she didn't want to "risk not getting some answers."

Another young woman recounted staring at her pointy fuchsia shoes during the appointment thinking: "Let this end."

The 19-year-old recalled how, when she tried to push his hands away from her breasts, the doctor became angry.

"The look on his face told it all," she said, according to the agreed statement of facts. She recalled saying she was done and leaving the office in tears.

Submitted with the agreed statement of facts was a report from another doctor who said there is "no legitimate clinical explanation" for what Hoyte did during the examinations.

The case is next in court Jan. 17 to set a date for sentencing. Defence lawyer Alain Hepner has requested a psychological risk assessment.

This report by The Canadian Press was first published Jan. 6, 2020