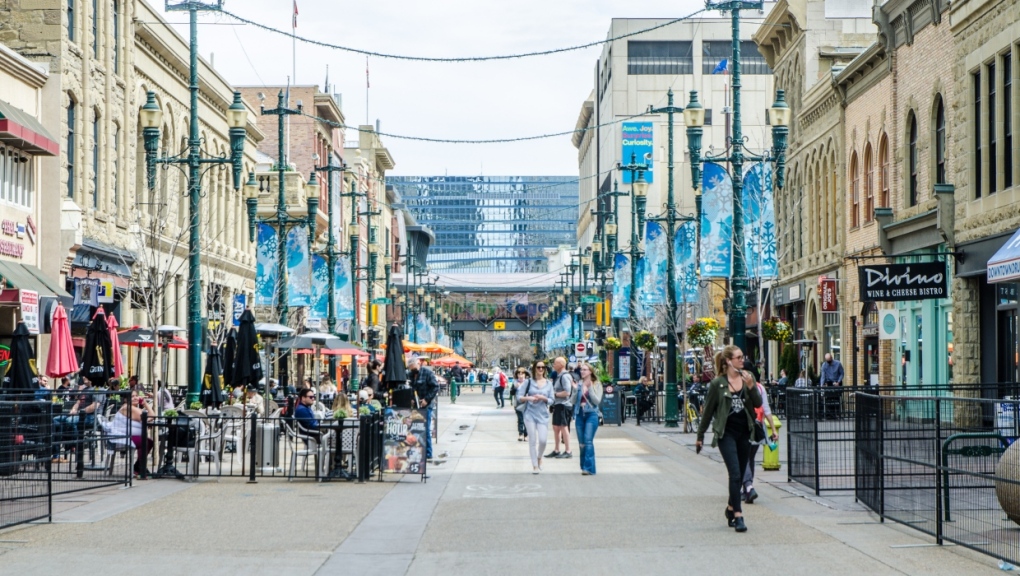 It's hoped a new safety hub in the heart of downtown Calgary will help those living, working or visiting the downtown core feel safer.

The City of Calgary says the new facility will help the organizations work together to better support the people and businesses in the area.

"The hub will not be a traditional community station, rather, it will allow officers to have a dedicated space for report writing, multi-service collaboration, storage of equipment and restroom facilities," a news release said.

The Calgary Police Service’s District 1 police station is located in the community of Ramsay, but a satellite station used to operate out of Victoria Park. Police announced in 2017 the satellite station would be closed and all the officers working there would move to the Ramsay location.

"We've heard the calls from the downtown folks about the need for a police facility for the past number of years,” Calgary police chief Mark Neufeld said Thursday. “The reality is the cost has been prohibitive up until this point.”

The hub is a two-year pilot project and the previously vacant retail space it's located in has been provided rent-free for a year by Slate Asset Management and the Calgary Downtown Association.

City Council has approved $2.5 million over two years for downtown safety initiatives, including the operation of the hub.

"As a result of this generous opportunity we will once again have a home base for our officers in the core,” Neufeld said. "I think this is an opportunity for us to move our resources, our decision making and our infrastructure closer – and our influence closer – to the community.

Mayor Naheed Nenshi said social disorder in the downtown core has been an issue quite for a while.

"We're seeing challenges with mental health, with addiction and with homelessness in ways that we might not have seen before,” he said.

"This is your downtown, this is your city, you are so welcome here,” Nenshi added, addressing Calgarians. “You will be safe here, you will experience the energy of Calgary here, you'll be able to support amazing local businesses here.”

"There's 9,000 people that live in the downtown commercial core, it's a huge amount of residences that we kind of forget about,” Woolley said.

"The downtown of our city is the economic driver of our past and future success – and it start with people feeling safe."

"We now have a facility that can help grow and foster relationships between enforcement agency members, community partners and the business community – which I believe will lead to more collaboration and in turn, improve service delivery,” Pleckaitis said.

Calgary Transit, meanwhile, said the space will allow transit officers to respond quickly to downtown CTrain stations, which are just a few blocks away.

Jennifer Rempel, GM of the Calgary Downtown Association, said the hub will be an important part of the organization’s continual work to ensure downtown is safe.

"The Calgary Downtown Association represents over 2,500 businesses who are committed to building a thriving downtown. Safety and security for businesses, their employees and visitors in the downtown core has always been a top priority,” Rempel said.

The new safety hub will have a help phone on the outside of the building that connects users to 911. It will, however, not serve as a spot for members of the general public to file police reports.

What appears to be human remains and items belonging to Brian Laundrie, including a backpack, have been found in a nature reserve in North Port, Florida, according to FBI Special Agent in Charge Michael McPherson.

A report exploring far-right extremism in Ukraine’s military found that neo-Nazis and supporters of far-right groups in the ranks bragged about receiving training from Canada and other NATO nations.