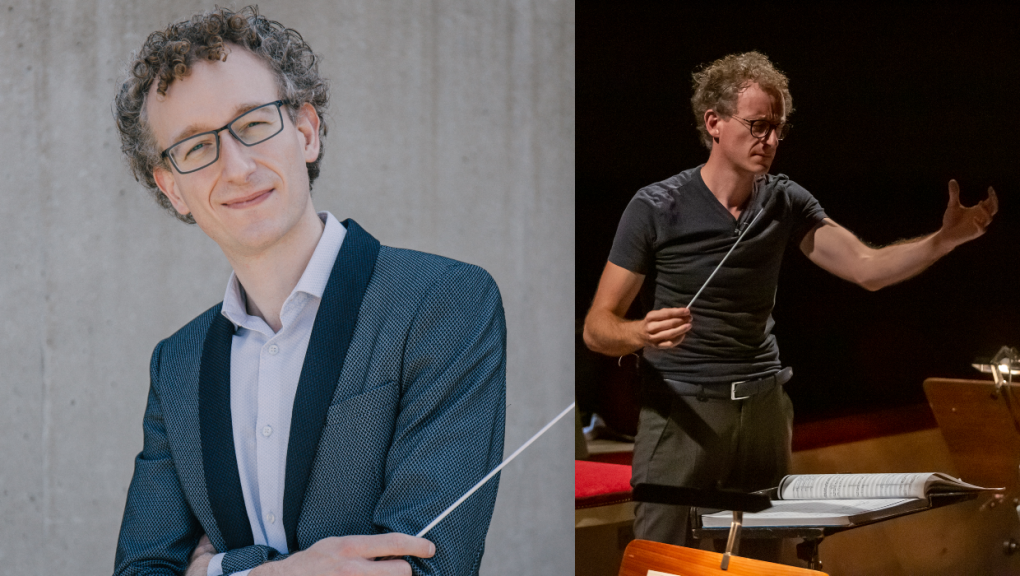 Calgary Opera has announced the company's new artistic director, Jonathan Brandani, who will flying in from Italy to take the job.

Calgary Opera describes Brandani as a sought-after and rising star in the classical music world.

He is no stranger to the company, as he was the conductor of Calgary Opera's 2019 production of La Bohème.

Calgary Opera said Brandani, a father of two young boys, is passionate about youth education and expanding the inclusiveness of opera.

“My wife and I are looking forward to putting down roots in Calgary and enrolling our children in school here," Brandani said.

"We are also excited to spend time in the mountains exploring the natural beauty of this part of the world. This city is very special and has a lot to offer us as a family.”

Brandani will be responsible for Calgary Opera's programming for 2022-23 season, which will include its return to live performances.

“Our time away from main stage performances over the past 18 months has given us the opportunity to renew and refocus our commitment to education programs, community engagement and the development of new opera works," board chair Jacqueline Pyke said.

"As one of Calgary’s core, enduring artistic institutions, Calgary Opera will emerge stronger and more engaged with our community from this challenging and thought-provoking year and a half."

Brandani said he was drawn to Calgary Opera in part because of the company’s community and education initiatives.

“For Calgary Opera’s 50th anniversary we will showcase that opera is for everyone and do this by extending music into the local communities, engaging in important conversations, and ensuring the stories and the people on stage accurately reflect the diverse people in our community," he said.

Brandani’s career includes work with orchestras and opera companies around the world such as Italy, Ireland, Austria, the United States, Spain, Germany and South Korea.

The gang that kidnapped a group of 17 American and Canadian missionaries in Haiti has asked for US$1 million each for their release, a top Haitian official told CNN Tuesday. The 16 American citizens and one Canadian were kidnapped by the powerful '400 Mawozo' gang on Saturday.

'I'm heartbroken by this': Celine Dion delays opening of Las Vegas shows due to medical reasons

Just weeks before Céline Dion was set to return to the stage in Las Vegas, the Quebec superstar is delaying her show due to "unforeseen medical symptoms," her team said in a news release.