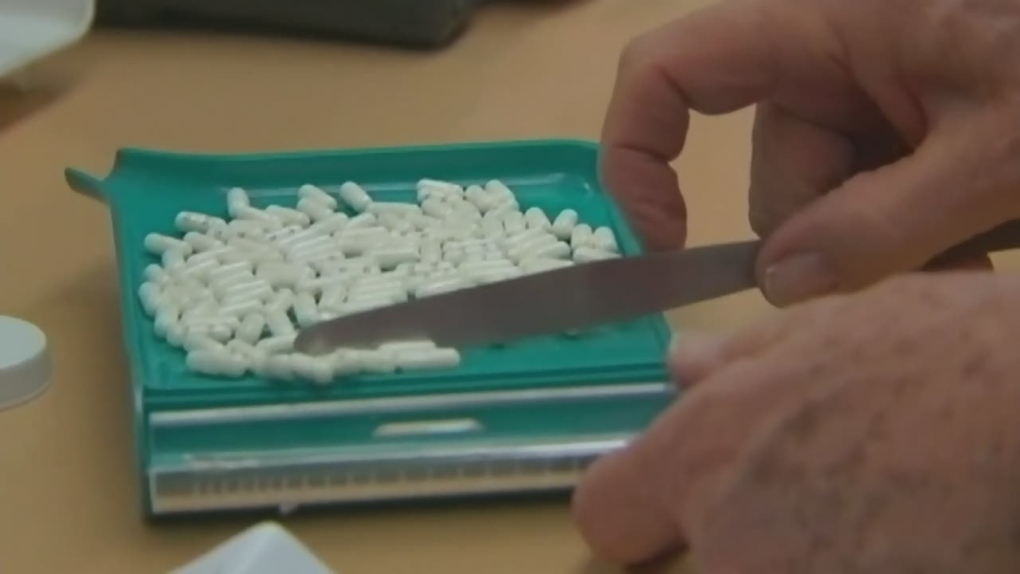 A Calgary pharmacist has been suspended after he was found guilty of unprofessional conduct that included prescribing himself drugs. (File)

CALGARY -- A Calgary pharmacist's practice permit has been suspended for 30 months by the Alberta College of Pharmacy after he was found guilty of unprofessional conduct.

Kevin Zapf, a student who was working as a provisional pharmacist, was found guilty of forging prescriptions of amphetamines and zopiclone for his own personal use.

The 105-day investigation revealed Zapf had forged the signatures of four different physicians on 10 occasions, alternating between four pharmacies. In total, 18,500 mg of amphetamines were fraudulently prescribed.

Upon completion of the suspension, he's been ordered to complete all requirements of the ACP's registration department as well as complete the Centre of Personalized Education for Professional’s PROBE course within six months of reinstatement.

Zapf will be under direct supervision for at minimum 12 months following reinstatement. He is not permitted to be the owner or proprietor of a pharmacy for five years following his suspension.

The punishment also includes a $5,000 fine, and Zapf must cover the costs of the investigation and hearing, which is estimated to be $32,000.

"The hearing tribunal is deeply concerned that Mr. Zapf is missing the point of the concerns laid out by the complaints director," The ACP said in a press release. "Because of Mr. Zapf’s lack of ownership of the seriousness of the conduct, he does require significant sanctions to deter him specifically."

Because of this, Zapf will also be required to provide the ACP with evidence of the disposition of his criminal charges.

Zapf did not renew his pharmacist practice permit last year, and has not practiced or been on a pharmacist registry since June 30, 2019.