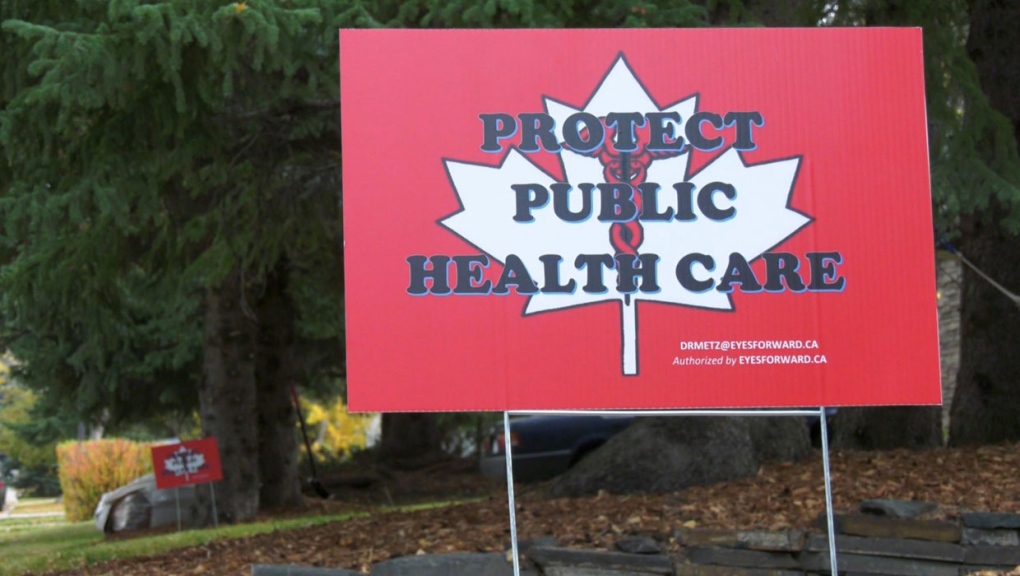 The organizer of a grassroots movement to fight for public healthcare in Alberta says she's received interest from all over the province.

CALGARY -- A Calgary neurologist is starting a grassroots organization to fight back against what she considers an approaching move to privatize Alberta healthcare.

Luanne Metz is one of dozens of physicians in the province worried Jason Kenney and the United Conservatives have their eyes set on a mixed health model.

Kenney has promised multiple times that move is not in the cards, but a new UCP policy proposal is hinting at least some of the party wants a private system.

Next week’s annual general meeting has a proposal on its agenda from the Calgary-Varsity constituency that asks for the option.

Metz, who lives in the area, says it’s a red flag.

“I’ve been meeting with my neighbours all summer talking about health, and nobody has expressed that they want a private healthcare system,” she said. “(The UCP) have done a very poor job.”

Metz and dozens of other concerned residents — many also physicians — have created a political action committee (PAC) called Eyes Forward.

Saturday, lawn signs went up around the neighbourhood and pamphlets were handed out warning of the changes.

“It’s hard when you try the letter writing and try calling your MLA and they don’t respond,” co-organizer Kate Perala said. “You have to just try something different and hope that it works.”

The AGM will accept dozens of proposals and clearing the submission stage doesn’t speak to how much of the party membership is interested in the idea.

But a large chunk of the province is still convinced the UCP has been eyeing the move for some time.

“We know that this moves physicians and other workers into the private sphere and we know this opens up the door for corporations,” Metz said.

“We are going to have a longer wait times in the public healthcare system and the taxpayers are going to be paying more for healthcare in general,” Perala added. “The evidence is already there from other countries if you look into it.”

Eyes Forward ordered 20,000 brochures and 200 lawn signs to hand out. Metz says they’ve already received hundreds of messages from around the province asking for material.

“It’s just trying to build awareness and educate,” Perala said. “So people have the opportunity to know what’s happening and make a decision if it’s right or wrong.”

CTV News reached out for comment from the United Conservatives, the government and to the area MLA for comment, but as of publication, no messages were returned.

The UCP AGM runs next weekend.