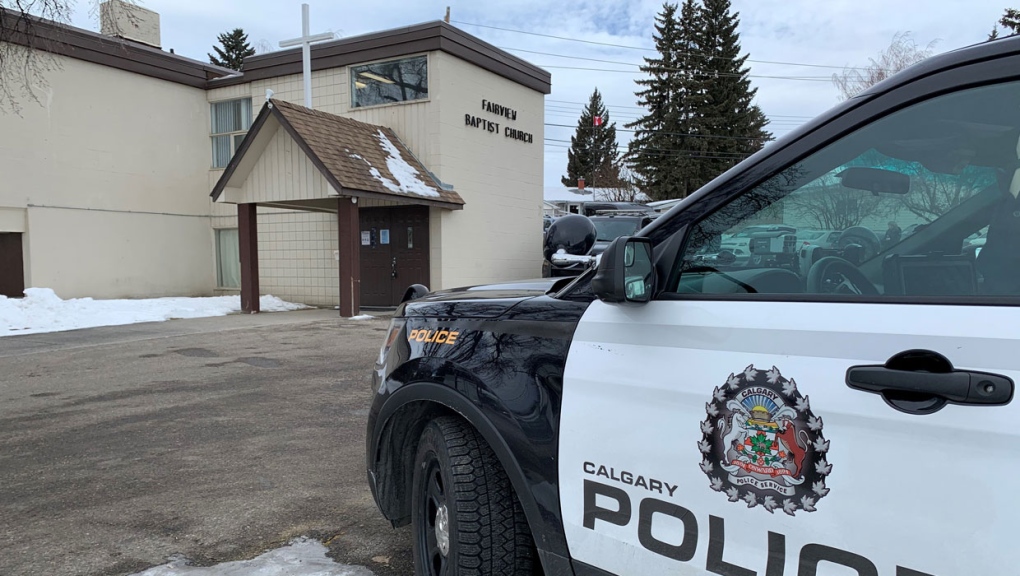 The gathering also went against a Court of Queen’s Bench order granting Alberta Health Services (AHS) an injunction against public gathering that do not comply with public health orders, police say.

“The pastor acknowledged the injunction, but chose to move forward with today’s service, ignoring requirements for social distancing, mask wearing and reduced capacity limits for attendees,” CPS said in a news release.

“It is only when significant risk is identified or continued non-compliance is noted that AHS resorts to enforcement action,” CPS said.

Police say they did not enter the church during the service on Sunday.

“CPS acknowledges it is important to understand that law enforcement recognizes people's desire to participate in faith-based gatherings as well as the right to protest. However, as we are still in a global pandemic, we all must comply with public health orders in order to ensure everyone's safety and wellbeing.”

Stephens wrote on a question and answer page on Fairview’s website dated March 5 that the church will continue to hold gatherings to “stay faithful to our commitment to God.”

The church has been found to be in violation of the public health act on numerous occasions this year, including tickets and fines being issued.

Stephens is the fourth religious leader in Alberta to be arrested for organizing religious gatherings breaking public health restrictions.

Artur Pawlowski and his brother Dawid Pawlowski were arrested by CPS last week, and James Coates of GraceLife Church outside Edmonton was arrested in February.