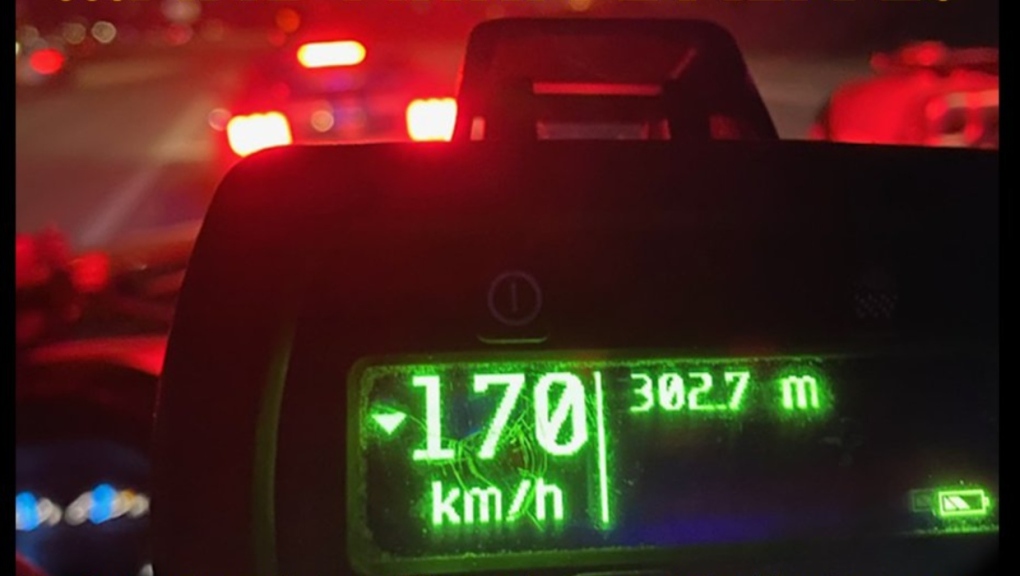 Calgary police shared this photo in a tweet about a teen caught speeding on Stoney Trail N.E. (Calgary Police Service)

According to police, the teen was in a Ford Mustang when he was caught, and told officers he was rushing home to let his dogs out.

The posted speed limit for the area he was travelling in is 100 km/h.

In a tweet, police said that kind of speed "greatly increases your chances of being involved in a serious, life-changing, often fatal collision."

Driving at 170 km/h in a posted 100 zone greatly increases your chances of being involved in a serious life changing, often fatal, collision.
Slow Down - Arrive Alive!#yyccc #yyctraffic #yycroads #ArriveAlive pic.twitter.com/co1pz8sYnI