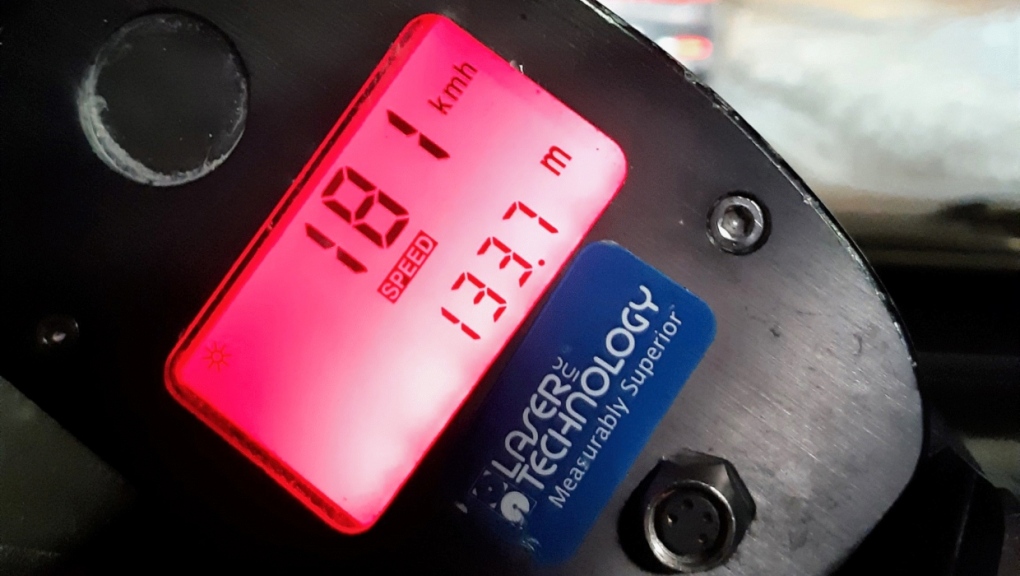 CPS Const. Nick Luxen shared this photo to Twitter with details of a driver caught doing 181 km/h in an 80 km/h zone. (Twitter / @CPSNLuxen )

Calgary police say a driver was ticketed on Thursday after being clocked travelling 181 km/h in an area where the speed limit is 80 km/h.

Police said the driver was pulled over just after midnight while eastbound on McKnight Boulevard N.E. underneath the Metis Trail overpass.

In a tweet, CPS Const. Nick Luxen said the driver had a probationary licence (GDL).

"Our Traffic Section officers are continuing to see some extremely dangerous speeds."

Calgary police said the driver was given a ticket for speeds exceeding more than 50 km/h above the posted speed limit, which results in an automatic court appearance.

Last night the overnight low was -15 C. These winter driving conditions demand extra caution on our #yycroads. Our Traffic Section officers are continuing to see some extremely dangerous speeds. This GDL driver was going 181 km/h in an 80 km/h zone. #yyctraffic #yyc #slowdown pic.twitter.com/12AY2tmPo5