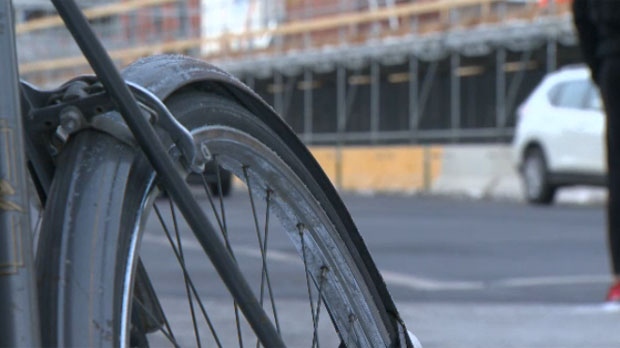 District 1's Mountain Bike Unit says nine people were arrested as a result of a crack down on bike thefts in the downtown core.

Charges have been laid against nine people in connection with a sting on bicycle thefts in the downtown core dubbed Operation Hot Seat.

Led by District 1’s Mountain Bike Unit, the operation was an attempt to reduce the number of thefts occurring in Calgary’s downtown core.

Officers ended up arresting nine people who stole a pre-identified bike. Those arrests resulted in 54 Criminal Code charges and the seizure of methamphetamine and stolen credit and identification cards.

The CPS is also asking the public to be aware of the risk of bicycle theft and protect themselves with the following tips:

Officials say that in the first half of this year, 1,190 bicycle thefts have been reported in Calgary, just under 500 less than the amount stolen in the same time frame in 2017. A total of 3,633 bicycles were stolen last year alone.