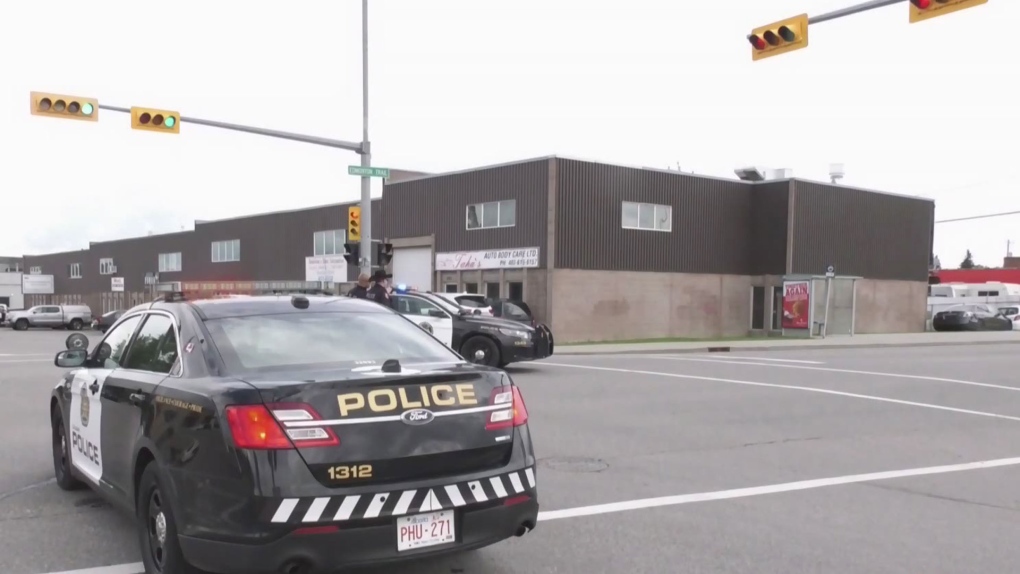 Police are asking anyone who might know something about a shooting at a northeast Calgary intersection to come forward.

Calgary police are still looking for witnesses to a shooting that involved two drivers on a northeast street.

Officials say police were called to the scene, at the intersection of Edmonton Trail and 36 Avenue N.E., at approximately 3:50 p.m. on Monday.

When they arrived, they determined that a woman, who was driving a black Hyundai Tucson, had been stopped at a light when another vehicle, a white Toyota Highlander, pulled up alongside her.

"It is believed that an unknown man in the Highlander then fired several shots at the Tucson before fleeing," police said in a release. "Investigators recovered nine bullet casings at the scene."

No arrests have been made.

Police say they've already spoken with witnesses at the scene, but are looking for anyone else who may know something about what happened.

Anyone who was in the area or who has dashcam or CCTV footage of the scene is asked to contact police by calling 403-266-1234. Tips can also be submitted anonymously to Crime Stoppers through any of the following methods: