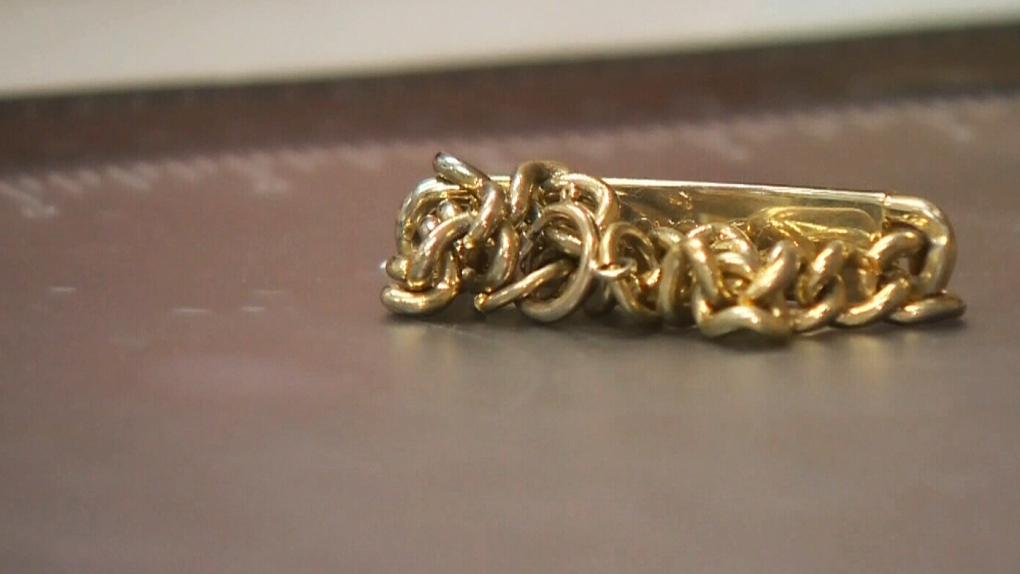 Calgary police are warning people to be on the lookout after a series of scams involving fake gold jewelry that took place in May.

CALGARY -- Calgary police are warning residents to be on the lookout for scammers and thieves, after a series of jewelry thefts and scams that took place over two weeks in May.

Between Friday May 15 and Sunday May 28, police say there were five incidents that cost the victims an estimated $12,000 in losses.

Police believe the crimes were connected.

In each instance, victims were approached by a stranger who offered to sell them gold jewelry, which turned out not to be gold.

In one brazen circumstance, the thief helped the victim try on a fake gold necklace and swapped it for the real gold the victim was wearing.

Twice, suspects were driving vehicles with out-of-province plates (possibly Ontario or Quebec). In one incident, the suspects had kids with them.

Police remind anyone buying jewelry through a private sale to have it appraised by a professional before buying it. Better yet, buy it at a jewelry store.

Anyone with information about these incidents is asked to contact police at 403-266-1234. Anonymous tipsters can submit information through Crime Stoppers, by calling 1-800-422-8477, going to calgarycrimestoppers.org or by using the P3 TIPS app.