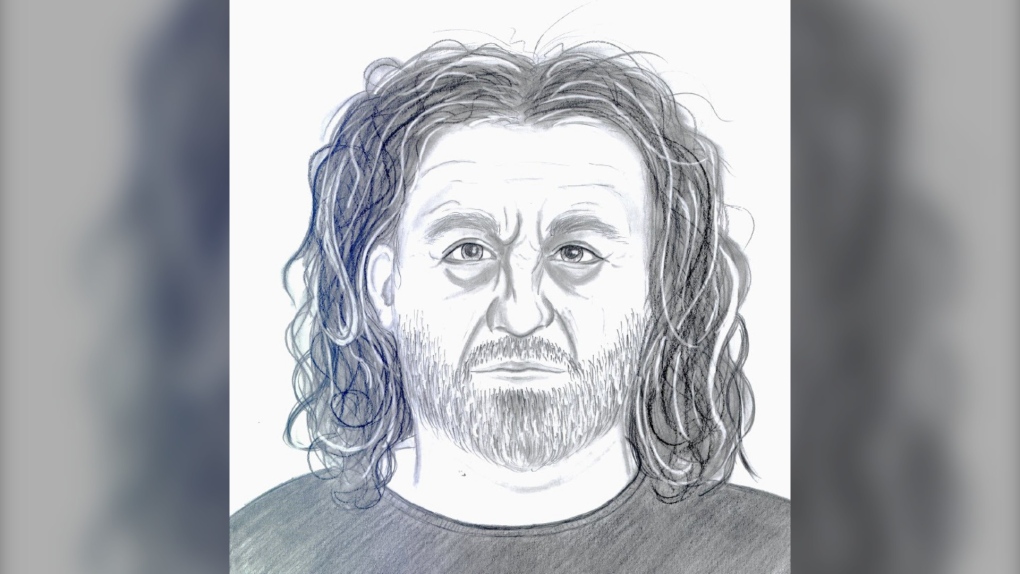 Calgary police released this sketch of a suspect in the sexual assault of a 14-year-old girl in the community of Lynnwood. (Calgary police handout)

CALGARY -- Calgary police is asking for help to identify a suspect after a 14-year-old girl reported being sexually assaulted while walking to school in the southeast community of Lynnwood.

"The girl was walking to school through the Ogden Off Leash Park around 7:30 a.m., on Monday, May 31, when a man with a Chihuahua dog approached her," police said in a release.

"She reported that the man grabbed her wrist and then touched her sexually before she could run away."

Investigators released a sketch of the suspect on Tuesday.

The man is described as being white; in his early 60s and about 180 centimetres (6') tall. He had a heavy build, shoulder-length grey hair and a black and grey beard.

At the time, he was wearing a grey t-shirt and blue jeans.