Police say pharmacy robberies in Calgary are becoming "increasingly violent" and it's prompting concern for the safety of the pharmacy staff and citizens present when the crimes occur.

This year alone, police said they've been called to over 80 robberies at pharmacies throughout the city.

"We take these robberies very seriously and have dedicated multiple investigative resources to locate and arrest individuals involved," police said in a news release.

In most cases, police say armed suspects approach pharmacy employees, indicate they have a weapon, rush behind the counter and physically overcome staff while demanding access to drugs and cash.

“Similar robberies are also taking place at cannabis stores and cellphone stores at a growing rate and these types of robberies have become increasingly violent over time," said Staff Sgt. Rod Harbidge of the Calgary Police Service robbery unit.

Police are asking people to be aware of their surroundings when shopping and take note of suspicious behaviour.

If you see suspicious activity or if you believe a crime is taking place, police say to make sure you're in a place before notifying staff or calling police. 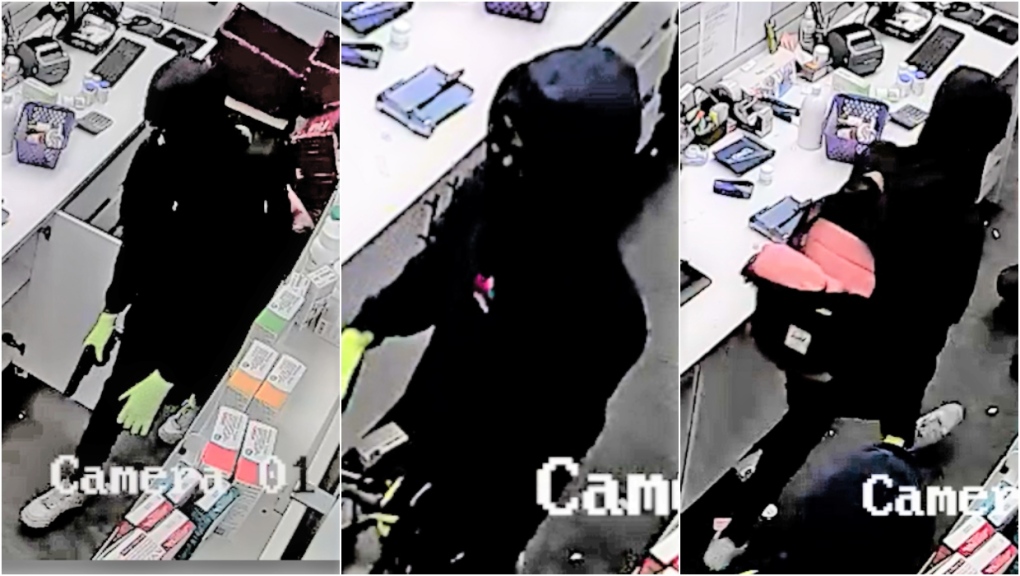 Police are looking to the public for help identifying suspects involved in two recent pharmacy robberies.

Police said two suspects entered the staff-only dispensary area of the Walmart Pharmacy in the 1200 block of 37th Street S.W., confronted pharmacy staff with a knife and demanded drugs.

Police said the thieves placed the stolen items in a black Adidas duffle bag and left.

The first suspect is described as being between the ages of 16 and 18 years old and 175 centimetres (5'9") tall with a slim build. He waswearing a black jacket with a white lining, black pants, grey and black running shoes, a blue surgical-style face mask and white gloves.

The second suspect is described as being between the ages of 16 and 18 years old and 175 centimetres (5'9") tall with a slim build. He was wearing a black jacket with a fur-lined hood, black hoodie with white strings, black pants, black runners, a blue surgical-style face mask and white gloves. Police said he was carrying a black Adidas duffel back with the logo in white. 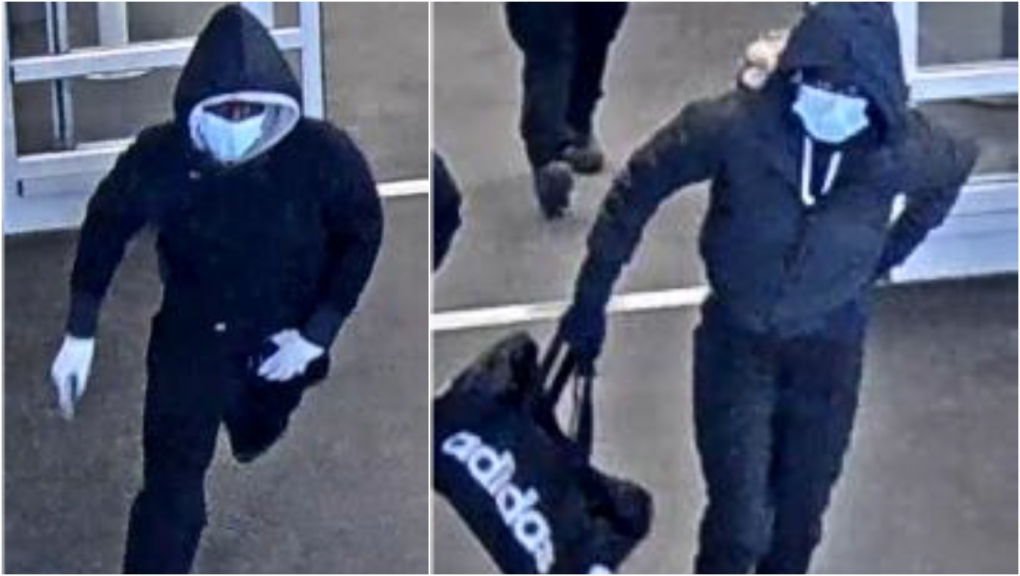 Police said four suspects entered the Pharmasave in the 0-100 block of Martindale Blvd. N.E., and began yelling at staff and customers to get on the ground.

"Two suspects were carrying handguns and demanded pharmacy staff open the pharmaceutical drug safe," police said in a news release. "During this exchange, an employee was kicked and pistol whipped by the offenders."

The suspects left with an undisclosed about of cash and drugs and got into a vehicle waiting at the back of the building.

All four of the suspects are described as being between the ages of 16 and 17 years old and wearing black clothing, face masks and carrying black backpacks.

Anyone with information is asked to call the CPS non-emergency line at 403-266-1234 or to contact Crime Stoppers anonymously.