Calgary restaurants are calling on the city to consider postponing the implementation of on-street summer patio fees for yet another season as businesses continue to recover from the COVID-19 pandemic.

As the weather slowly begins to heat up, extended patios will soon start popping up as the city has allowed restaurants to build dining areas onto the front of their business sidewalk and street areas.

The city has waived fees for extended patios for the past two summers as a way to accommodate for public health restrictions, but council will debate a new proposed fee on Thursday.

A report from city administration proposes a single fee of $7.35 per square foot to operate a seasonal patio this upcoming summer, which is a change from pre-pandemic requirements.

“This would represent approximately a 55 per cent reduction from the typical series of fees charged for on-street patios,” read the report.

“The fee reduction would result in the city collecting approximately $680,000 compared to the estimated $1,500,000 collected through the typical fee structure.”

The decreased fee is a slight reprieve from pre-pandemic times, but Ernie Tsu, owner of Trolley 5 Brewpub and president of the Alberta Hospitality Association, says it’s not the right time to introduce more costs for restaurants.

“Restaurants closed down almost two years during this pandemic, there was a raising of commercial property tax this year from the city as well, so it would be so advantageous if the city waives these fees again this year.”

Owner of Annabelle’s Kitchen, Leslie Echino, agrees. She notes that opening patios at a reduced cost compared to pre-pandemic still doesn’t account for the revenue her business and hundreds of others have lost.

“You know, it's these costs that are just absolutely devastating to a small medium sized businesses in this town.”

The pending debate on patio fees is also concerning for restaurant owners in the process of opening new locations such.

Mhairi O’Donnell, owner of Moonlight & Eli, is set to open her second location on Richmond Road S.W., but the front of her new restaurant is on city-owned 31 Avenue, which would mean she may have to pay extra for an extended patio space.

“If these patio fees come back, it means that we're not sure now if we can even afford to set up a patio,” she said.

“The inside of our space is quite small and having a patio here would double the amount of people that we could serve so it really puts us in a tight situation.” 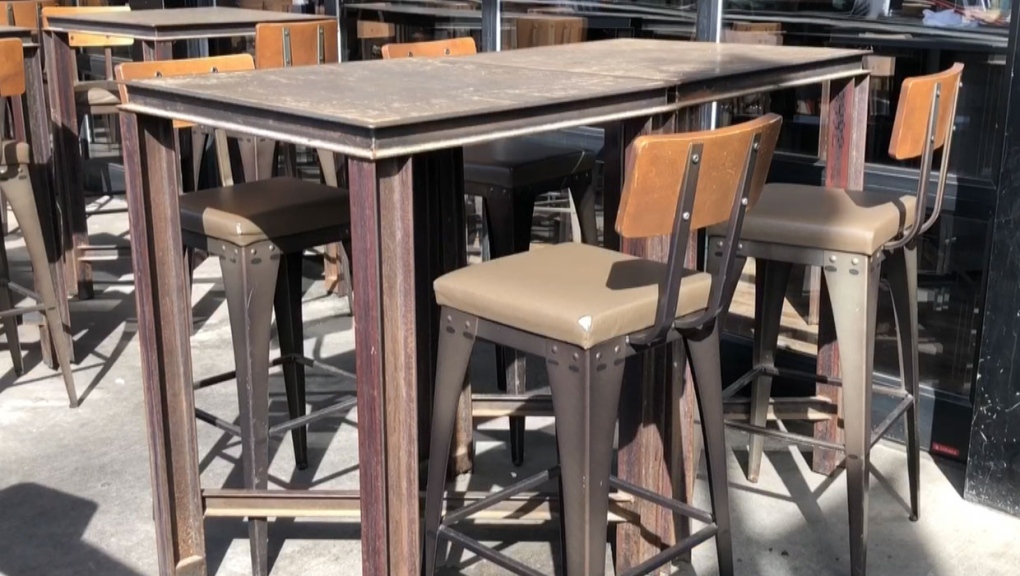 Ward 9 Coun. Gian-Carlo Carra announced Tuesday that he would be amending the proposal to postpone the implementation of extended patio fee costs for yet another year.

He says Calgary had a vibrant patio culture that needs more time to flourish.

“It’s a money making proposition for restaurants and the ability to see more people advertise themselves out there to create that wonderful outdoor alfresco dining environment so it's a win,” said Carra.

“This is not the time to, to avalanche people with fees.”

Carra adds that the city plans to allow patios to be set up in parking lanes of streets, leaving sidewalks accessible for anyone using a wheelchair or with other mobility issues. He also says large orange barriers that were seen last summer on busy roadways such as 17 Avenue and 9 Avenue will be removed.

Although, with extended patios planned for set up on the street parking lane, other councillors like Terry Wong, who represents Ward 7, say they want to make sure businesses are not struggling to deliver drinks or food while walking through busy sidewalks full of people.

“I know certain people would prefer to have patios on the street and that does cause problems for businesses and servers walking across sidewalks fearful that they're going to run into pedestrians,” Wong said.

“The other concern is the point-of-sale machines which could be too far away from their Wi-Fi service. I think whatever we do, it's got to be a collaboration between the businesses and our roads department to make the right determination.”