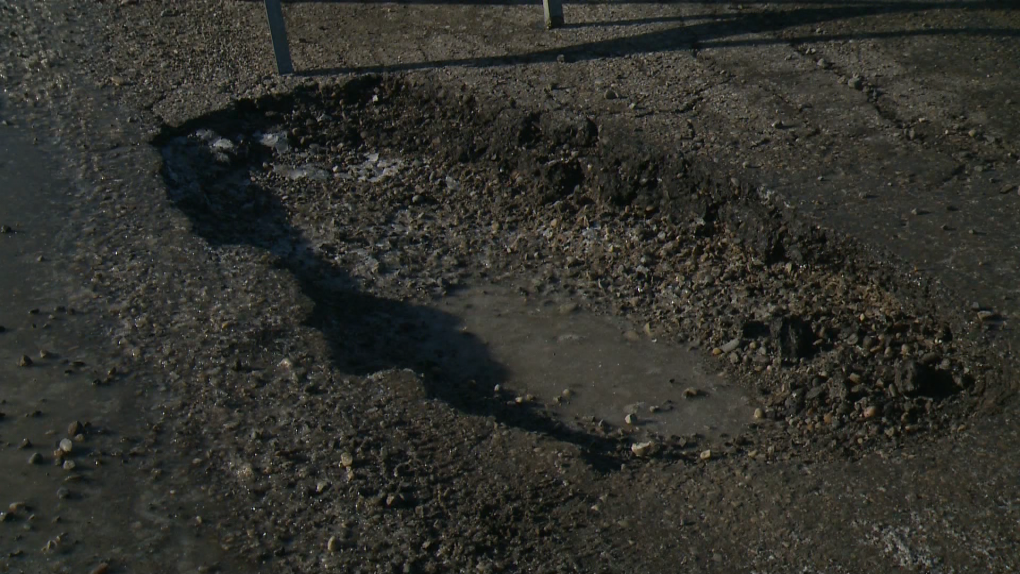 Potholes have been popping up around Calgary with the return of warm weather but the city says there are signs of progress in the effort to fill them.

CALGARY -- Mayor Naheed Nenshi says the annual spring ritual of addressing cracks and holes in city roads is well underway and progress is being made.

The return of warm weather has allowed crews to fill potholes throughout the city.

"Every spring, we get potholes thanks to the freeze-thaw cycle conditions that can cause additional stress on our roadways," said Nenshi in a statement released Tuesday. "We encourage citizens to stay vigilant on the roadway while our crews work to fill potholes that form during this time of year.

"I am happy to say our crews are making great progress in getting them filled."

Calgarians are encouraged to report potholes in need of filling by calling 311 or at City of Calgary – Potholes.

According to city officials, potholes are addressed on a priority basis with those on major roads filled first.