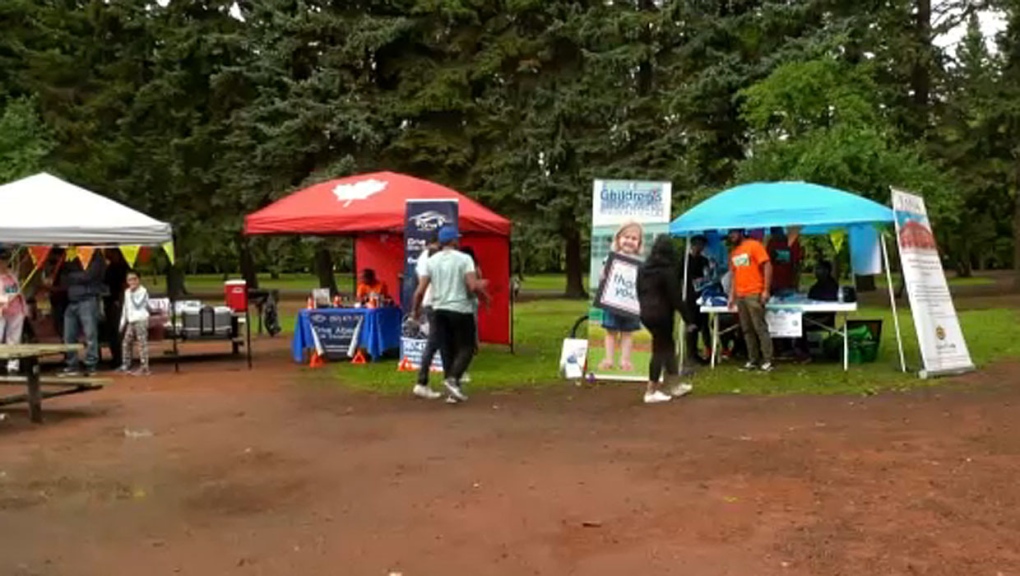 A charity run to support brain health initiatives at the Alberta Children's Hospital was held on Sunday in Edworthy Park.

There was some good weather for the participants at an annual charity run in Edworthy Park on Sunday, running in support of an important issue.

The fifth annual Rajasthan Association of North America (RANA) Calgary Diversity Run was held on Sunday morning in support of the Brain Health department at the Alberta Children's Hospital.

Organizers say they chose brain health and mental illness as a cause to support because the issue is often stigmatized in many cultures around the world, including Southeast Asia.

The event, that included a 2 km, 5 km and 10 km run or walk, was open to all ages and all abilities.

"Basically, with the initiative, it's kids helping kids. That's what we were striving for. It doesn't really matter how many runners come or how it goes. It's all kids helping kids and we’re giving back to the community," said Anay Bhutoria with RANA Calgary.

This year, the organization had a goal to raise $15,000 for the hospital.

Over the past four years, RANA Youth has raised over $60,000 for the Brain Health department.