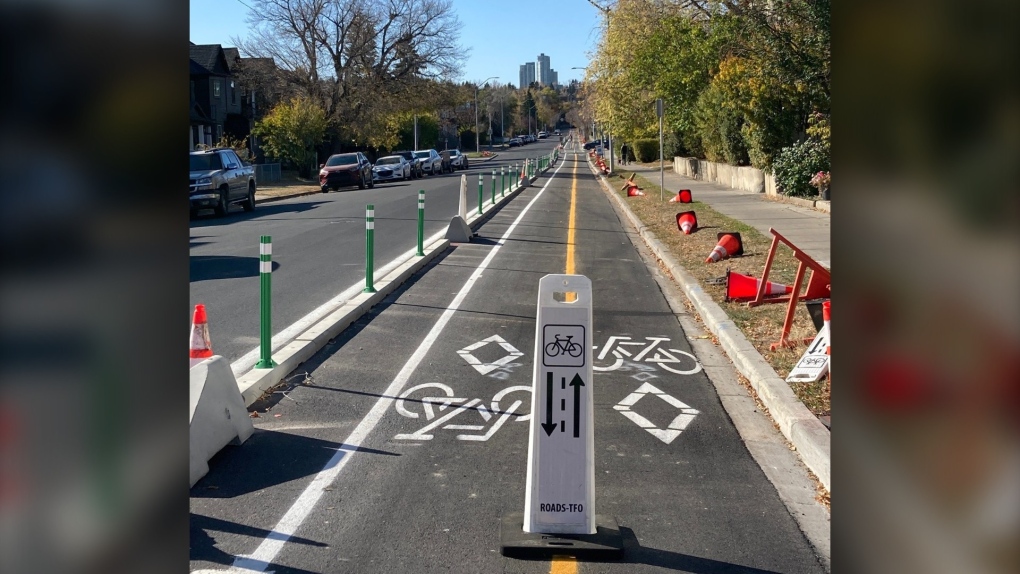 One of Calgary's busiest cycle tracks now stretches into the community of Sunalta with the opening of an extension west of 14th Street S.W.

As of Tuesday, the 12th Avenue cycle track extends to 19th Street S.W. and now provides access to the Bow River Pathway north of 10th Avenue.

A new traffic signal at the intersection of 10th Avenue and 19th Street S.W. is scheduled to be installed later this year.

According to city officials, approximately 975,000 cycle trips have been logged on the track since 2015 using a count station near Eighth Street S.W.

The third phase of the 12 Ave South cycle track is complete and open!

This project will improve safety and mobility through Sunalta while completing an important connection through the Beltline.https://t.co/LYWIi2kHmU #Calgary #yyc #yycbike pic.twitter.com/13grg4B7sa