One of Calgary's tallest buildings is now officially open for business.

Tuesday marked the grand opening of Telus Sky, a 60-storey skyscraper in the 600 block of Centre Street South.

Though the building's eye-catching light display has been captivating Calgarians for a few years, tenants are now moving in.

The tower offers the 750,000 square feet of retail, office and residential space and was designed by architectural firms Bjarke Ingels Group and Dialog.

The exterior of the building features an LED art installation called The Northern Lights, designed by Douglas Coupland, that illuminates Calgary's skyline every evening.

There is also artwork on each floor that officials say celebrates contemporary Canadian and Indigenous artists from across Canada. 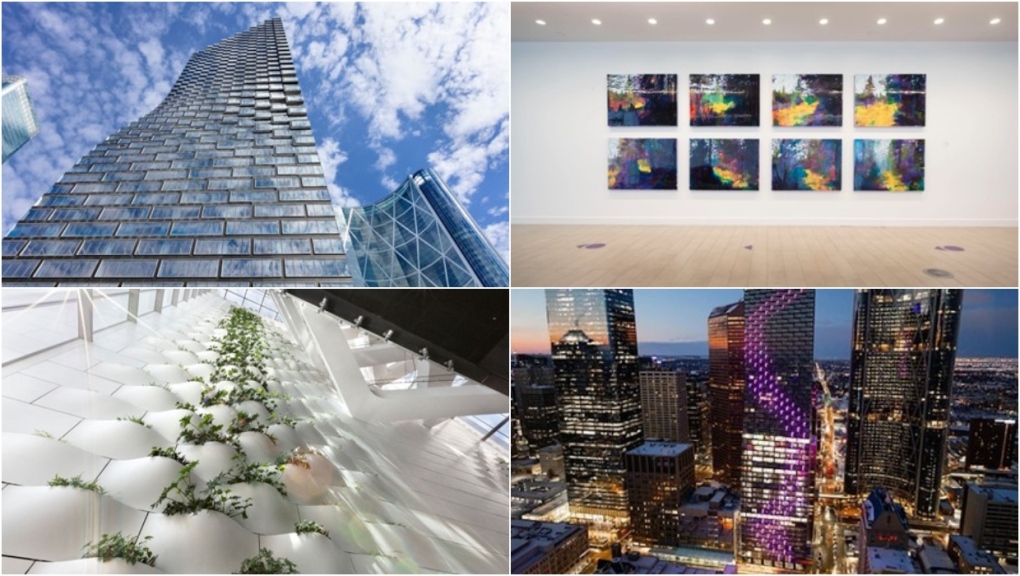 The Telus Sky skyscaper in downtown Calgary. (Telus) The $400 million development features specialized windows, storm water management and thermal energy systems that reduce the building's energy use by 35 per cent to similar sized developments, and reduces municipal water demand by 70 per cent.

Telus Sky is the third tallest building in Calgary behind Brookfield Place East and The Bow, and among the 20 tallest in Canada.

Almost 100 years after its extinction, the Tasmanian tiger may live once again. Scientists want to resurrect the striped carnivorous marsupial, officially known as a thylacine, which used to roam the Australian bush.