On a dark, frigid morning the Field of Crosses set up along a two hectare park next to Memorial Drive is lit by spotlights. It's enough light for volunteer Clyde Johnson to sweep the pathway. He wants to make sure it's just right for officials and the public attending the sunrise ceremony for the Women of War.  Johnson is an American Vietnam veteran who now lives in Calgary and says cleaning up is a way for him to serve and remember those who have fallen for our freedom.

"The veterans that served didn't know they were serving, they were just doing their duty," he said. "The people that came back, we're the ones that actually felt the spirit of service because they said 'I did my duty' and that's what I feel now when I do my job here, when I volunteer I feel like I'm doing that service."

Murray McCann came up with the idea of the memorial in 2009 when he was driving through a small town in Georgia and spotted a line of crosses with the names of soldiers from the community who paid the ultimate sacrifice.

"And it just really hit me, I had never thought about it like that, I always wore a poppy but that's about all I did," McCann said. "Then I realized everything I had and there were these soldiers in graves so that I could have it."

It was an emotional epiphany for McCann who met up with a legion member once back home and together they envisioned a line of crosses along Memorial Drive. With no central registry of where Canadian enlisted were from, they came up with 850 soldiers who died while serving from southern Alberta.

McCann said the actual number was much larger.

McCann said the person responsible for the annual display is Susan Schalin, the president of the Field of Crosses. She coordinates the 125 or so volunteers needed to set up and maintain the memorial. 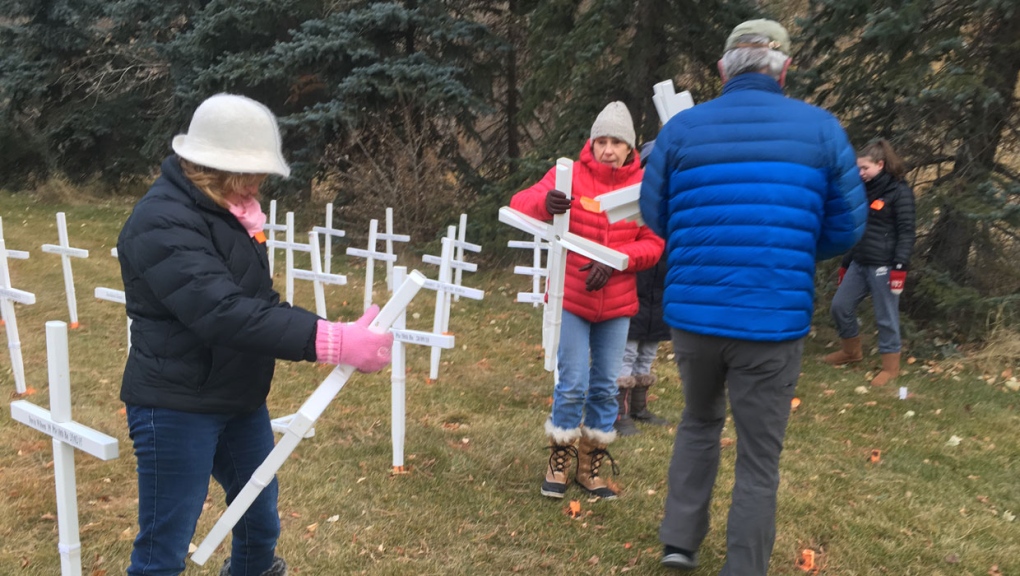 "I guess maybe I was the catalyst and so many more got involved and they're proud of what they do and their pride shows," said McCann. "Every evening the Calgary Stampede volunteers come out and they straighten every cross because people walk between and sometimes you move across out of sync and so every morning if you'll notice, these crosses are as straight as can be."

Major (Ret.) Kent Griffiths is the communications officer for Field of Crosses who's held the role for four years.

"It's a really great educational tool, especially for our youth and our new Canadians, people who come here and wonder what Remembrance Day is all about," said Griffiths. "And it brings them all together to remember our dead, that's the important part and what they gave up for our freedom and our way of life."

Griffiths adds that visitors from across the country can pay their respects to fallen family members at 120 crosses marked with a red maple leaf representing the 120,000 Canadians who died for their country. 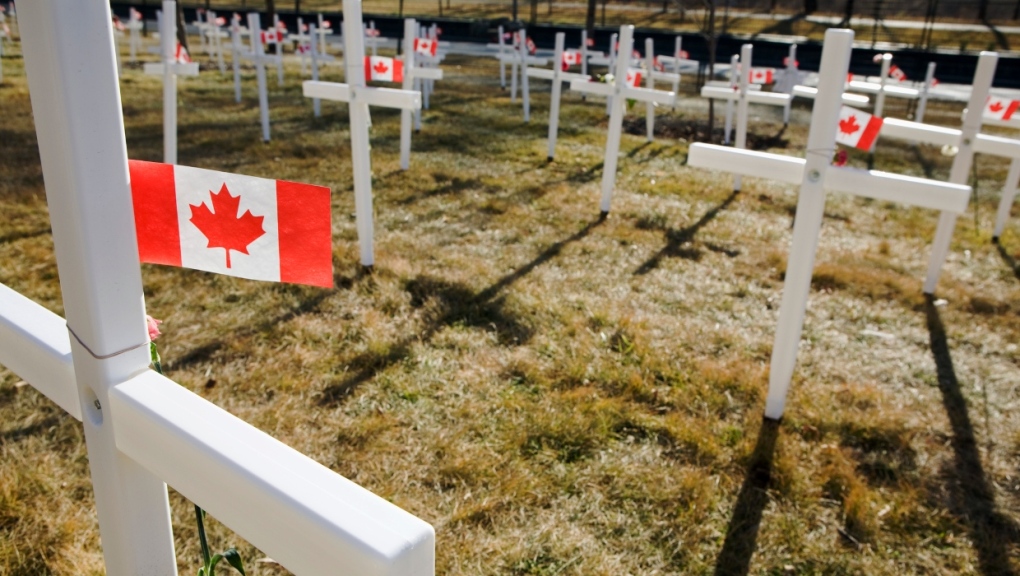 The Field of Crosses in Calgary. (Getty Images)

"So even if you come here, let's say you're from Saskatchewan and you're visiting and you're looking for Uncle Frank and Uncle Frank's cross isn't here, because he wasn't from southern Alberta," he said. "I direct you to the '120' and you can pick a cross, touch that cross and say Uncle Frank's name and you are remembering him at that time so it's a really great concept."

Jean-Yves Lalande has volunteered at the memorial for the last 14 years and says it's his way of giving back to his country and the fallen.

"The way I look at it is it's our turn to serve," he said. "So you get up, you do the job, you don't complain, it's cold, it's hot, it doesn't matter, this is our turn, this is like thanking them for what they did."

Learn more about the Field of Crosses here: fieldofcrosses.com