CALGARY -- Calgary Police say between July 20th and July 31st 25 ROLL e-scooters were reported stolen. According to the company’s chief communications officer Arda Erturk,  the scooters were valued at $1000 each. The company has about 500 on Calgary pathways.

“As a company committed to improving mobility we take vandalism very seriously,” said Erturk. “We will be pursuing legal action against those individuals that vandalize or steal our property.”

The Canadian company launched its ride share program last year in Kelowna. Calgary’s ROLL scooters are here on a trial basis that started May 25th, while plans are to offer the service soon in Ottawa.

Erturk says the e-scooters are equipped with GPS locators that allow ROLL to disable them and when one is stolen the coordinates are handed to the police. So far one person has been arrested according to Erturk.

After speaking with Calgary’s two other e-scooter companies, BIRD and LIME, ROLL expects the thefts to decrease once the novelty wears off.  Erturk says Calgary is a hot market for ride sharing programs.

“Calgary is one of the cities that has the most per scooter utilization rate so we’re actually really grateful to Calgarians for their support,” said Erturk. 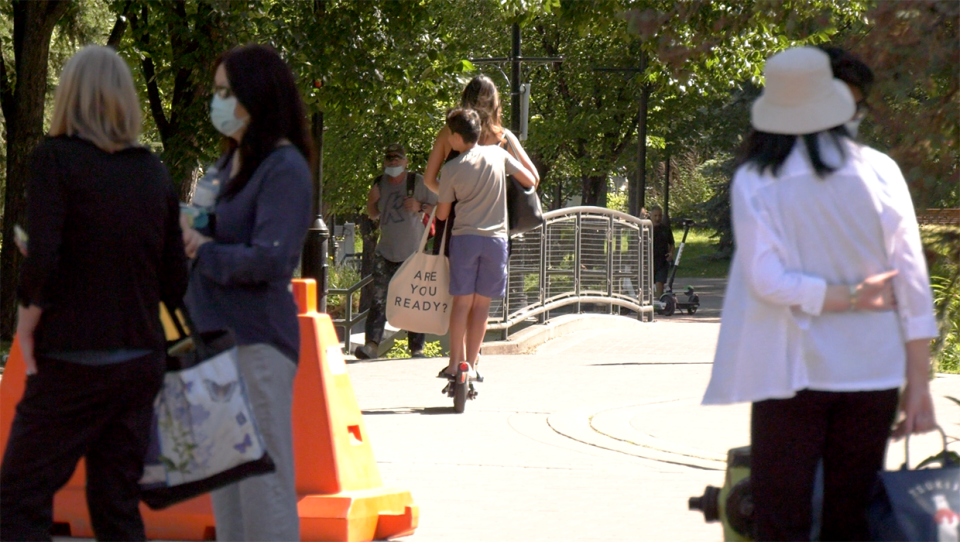 Calgary Bylaw Services is watching e-scooter users closely. Officers respond to complaints and then patrol an area looking for offenders.

Fines can be stiff ranging from $75 for carrying a passenger, to $400 for operating a scooter in a reckless manner or colliding with a pedestrian or cyclist.

It said from July to December last year that there were 677 visits to Calgary Zone Emergency Departments related to electric scooters. But so far this year from Jananuary to August there have been 702 scooter-related visits.

E-scooter riders like James Ke said for the most part riders are responsible, but not everyone.

“There are definitely some people that just don’t follow the rules and I’ve even seen a band of two or three on the street not regarding traffic laws at all,”said Ke. “It’s just kind of dangerous for everyone.”

Ke said he rides under the maximum speed because he says the e-scooter is more stable and it’s easier to operate safely.