It's been a wet summer so far in Calgary and the surrounding areas, with lots of rain and cooler temperatures.

Those two things are putting a damper on business for places like Calgary restaurant Porch, which relies on its patio to bring in patrons during the summer.

“It is unfortunate," Porch bartender Yianni Kounougeris said. "We have been a little bit slower now because of this."

The patio isn’t the restaurant’s only outdoor feature. It also has a roof over half of its dining space and part of the bar that can fully open, giving customers a chance to soak in the summer weather.

"It really does provide that great patio atmosphere … almost to provide you with an escape, as if you were on vacation, like in Mexico or Hawaii," Kounougeris said.

However, that patio stays closed when it rains. 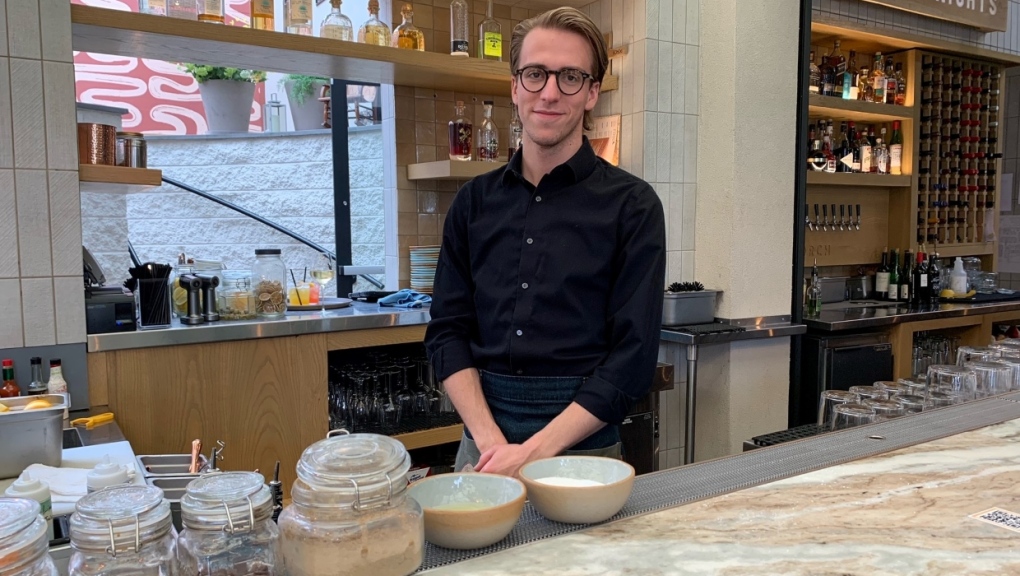 Yianni Kounougeris is a bartender at Calgary restaurant Porch. Over at Inglewood Golf and Curling Club, the wet weather is keeping people from hitting the links.

"We are down in rounds about 18 per cent compared to last year at this time," said Jason Stanier, general manager of Inglewood Golf and Curling Club.

"In comparison for example, we’ve had about six complete rain out days this year, while at this time last year we didn’t have any.

"It was a drought last year, we needed some rain, it’s good we got a little bit of rain, now we’re ready for summer to kick in.”

The rain is being received a lot differently by the province’s agriculture sector after last year’s extreme heat and droughts.

"It relieves some of the pressure and concern for moisture but we still need more moisture as we go forward for the rest of the year," said Lynn Jacobson, president of the Alberta Federation of Agriculture.

"You think you got it figured out, and the next year it throws a curve at you, and you might as well start from zero again."

Jacobson expects crops will turn out better this year because of the extra moisture.

Quazi Hassan, professor in the Department of Geomatics and Environmental Engineering at the University of Calgary, says Calgary and Lethbridge have seen 30 per cent of the typical rainfall expected for July already in the first three days of the month.

"That might be attributed to global climate change, land use changes and also the way we set up various things and are doing our business across the world," he said.

Hassan said the added moisture will help lower the risk of grass fires and other types of fire in the area.

Rain is still in the forecast for this week and over the weekend.