A Calgary sailor was rescued by a team of Russian and Ukrainian oil workers after his boat capsized in international waters this week.

Casper Venter and two other sailors set off on a vessel transport mission to the Caribbean in late January. But what was supposed to be a three and a half month trip was cut short over the weekend.

The team was just off the coast of Madagascar when their transport ran into strong winds and high waves.

"We noticed that suddenly water was coming in through the floorboards and it was coming in quite quickly," Venter told CTV News over video chat. "At that stage, it started taking on a lot of water quite fast.

"We realized that our boat was sinking."

Venter says the timing of the crew's prolonged disaster allowed him to launch a mayday signal and unsuccessfully try to pump out the water before giving in and heading into a life vessel.

The 50-year-old has been sailing since 2004 and credits his emergency training for a cool head as the boat went down.

The Canadian Coast Guard was one of three agencies that responded to the team's call, using satellites to find their exact location. By that point, the three sailors were drifting in open water, their life raft travelling further from Morombe.

"So the next step was the issue of getting someone to rescue us," Venter said. "At that time, there was only one vessel in the whole of the Mozambican channel and that was a Russian oil tanker."

Venter says the tanker responded to the mayday, but it was 150 nautical miles away from the men when it was alerted.

"We were in the life raft for 14 hours in heavy seas, getting very wet and bumping around," Venter said.

After a long, rocky night on the rescue vessel, the oil worker crew appeared over the horizon. 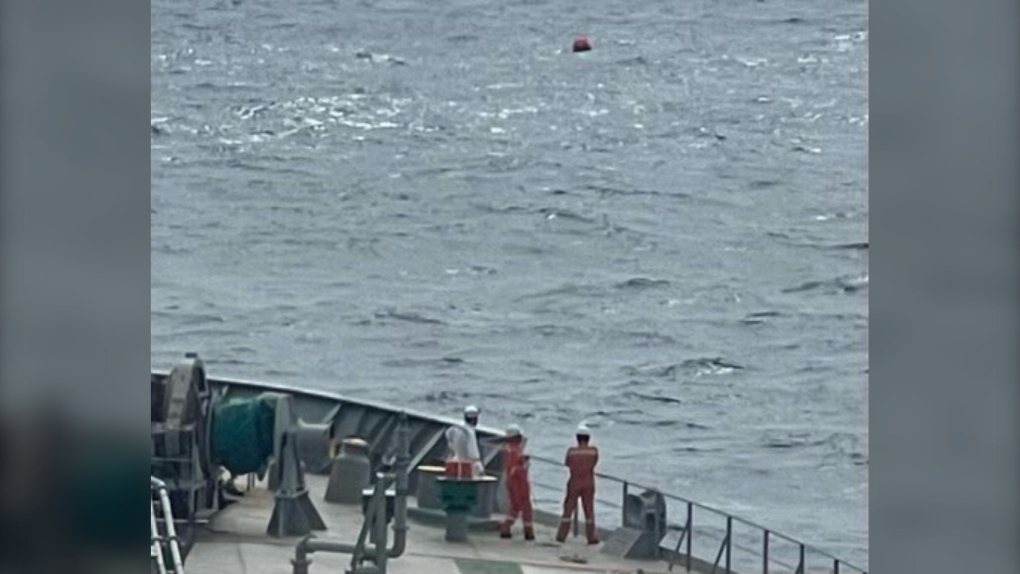 Video sent to CTV News shows the men ascending a ladder into the massive ship, hugging and celebrating after climbing aboard.

"The interesting thing of this boat (was that it) had a 50 per cent Russian crew and 50 per cent Ukrainian crew working in perfect harmony," Venter said. "It was just absolutely one of the most heartwarming experiences to be saved by these people and just how they took care of us...we were very lucky."

The three men say they were given dry clothes and food and stayed onboard the tanker until it was able to bring them to land.

Now back in Mayotte, Venter says the experience hasn't deterred him from wanting to sail more – it's only made him appreciate what he has.

"It's amazing to see how one is loved when something like this happens," he said. "I'm going to have to send a lot of Christmas cards this year."

He'll be back in Calgary on Saturday