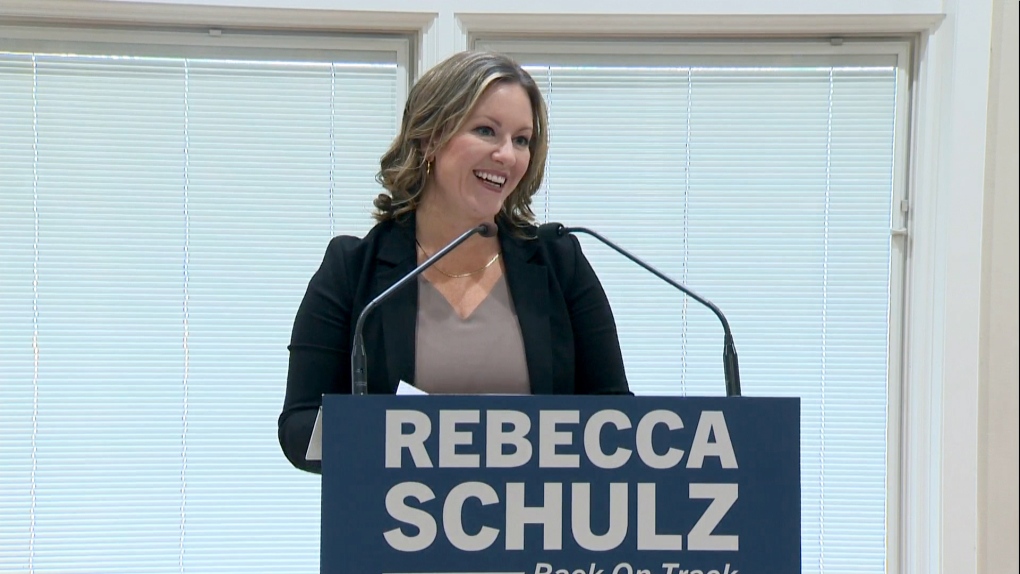 Calgary-Shaw MLA Rebecca Schulz has entered the race to become the next United Conservative Party leader.

Schulz, who stepped down as minister of children's services to enter the leadership race, made the announcement at a press conference Tuesday, telling reporters she is focused on "uniting our party and defeating the NDP in the next provincial election."

"I’m proud and grateful to be part of such an amazing team, a team I know will want to work together to accomplish this goal," she said.

Calling Alberta a "place of hope and opportunity," Schulz said as leader of the party, she will "fight to defend our Constitutional rights in this country."

"We cannot let Ottawa call the shots, stifle economic growth, trample on our freedoms and the entrepreneurial spirit of the hardworking women and men who built this province and are still building it today."

"Right now things in Alberta are looking up," she said.

"Unemployment is down, jobs are up, we are growing more diverse every single day. From oil and gas, to tech and manufacturing, agriculture and film, we have an amazing story to tell. Our government has done some really great things and our economic plan is working, but we cannot take out eye off the ball."

Minister of Community and Social Services Jason Luan will serve as acting minister of children's services.

UCP voters will be able to cast their ballot at five polling stations across the province on Oct. 6.

As well, mail-in ballots will be sent out Sept. 2 and must be returned by Oct. 3.

Among the requirements of candidates this year is a $150,000 entrance fee, which can be paid in stages, a $25,000 refundable compliance deposit, and a nomination petition with at least 1,000 signatures from party members. That list must include 200 from each of the party's regions.

The entry fee is twice what was required in 2017 for the party's first leadership contest.