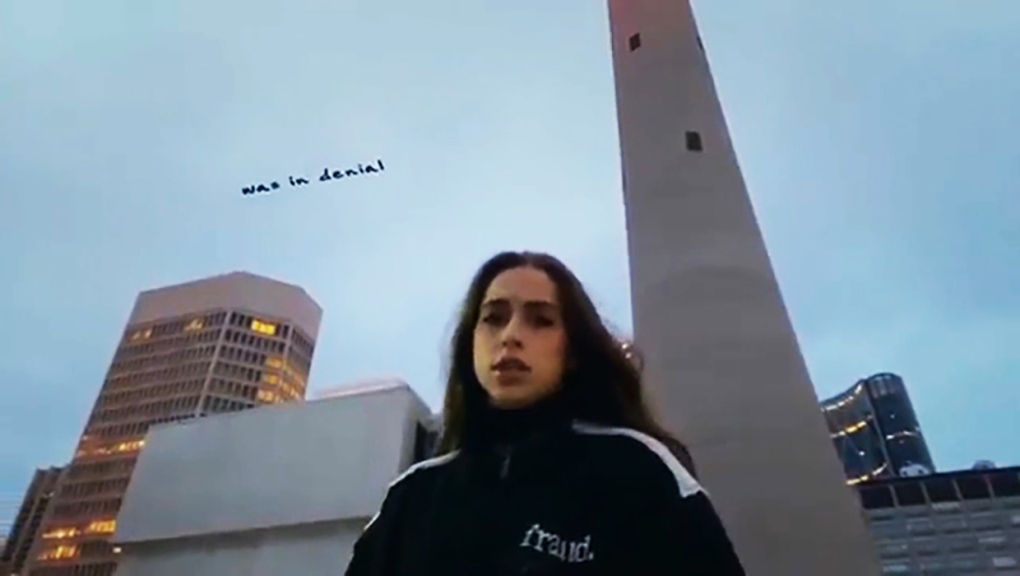 CALGARY -- Calgary's Tate McCrae racked up another honour Wednesday when she was named an Apple Up Next artist, Apple Music's monthly award designed to identifying, showcasing and elevating the top rising young talent in the music industry.

McRae, whose single "You Broke Me First" - which has been streamed millions of times and landed her a spot on both Jimmy Kimmel and The Tonight Show with Jimmy Fallon this winter - was shot on her iPhone standing atop her mom's SUV in the middle of downtown Calgary.

“This is crazy that I am a part of Apple’s Up Next program!” said McRae, in a release. “It’s been so cool creating all this amazing content for the campaign and I’m so excited for everyone to see another little piece of me in the documentary. I am so thankful to Apple Music for this honor and allowing me to use their massive platform to help share my music with my fans.”

“Tate McRae is an artist in every sense of the word,” said Apple Music 1 host Travis Mills. “Her vulnerable and relatable lyrics in every one of her songs allows fans to feel connected to the world that Tate has created, all in a short amount of time. Her voice sounds nostalgic yet her songs feel modern. She is making music by her own rules and it is exciting to watch her transform her honesty into art.”

Before she turned to music, McRae, who attended Western Canada High School, was a rising dancer, and the first Canadian to advance to the finals of the U.S. version of So You Think You Can Dance in 2016.

McRae celebrated the announcement on Twitter Wednesday. She will be back on Jimmy Kimmel March 30, and recently did an interview with Mills for Apple Music.

I’m so excited to announce that I am @Apple @AppleMusic Up Next artist!! So honored to be a part of this. This short film tells the story of my journey so far, you can watch it https://t.co/Kg06FrIA2z pic.twitter.com/kefEpAPm5K