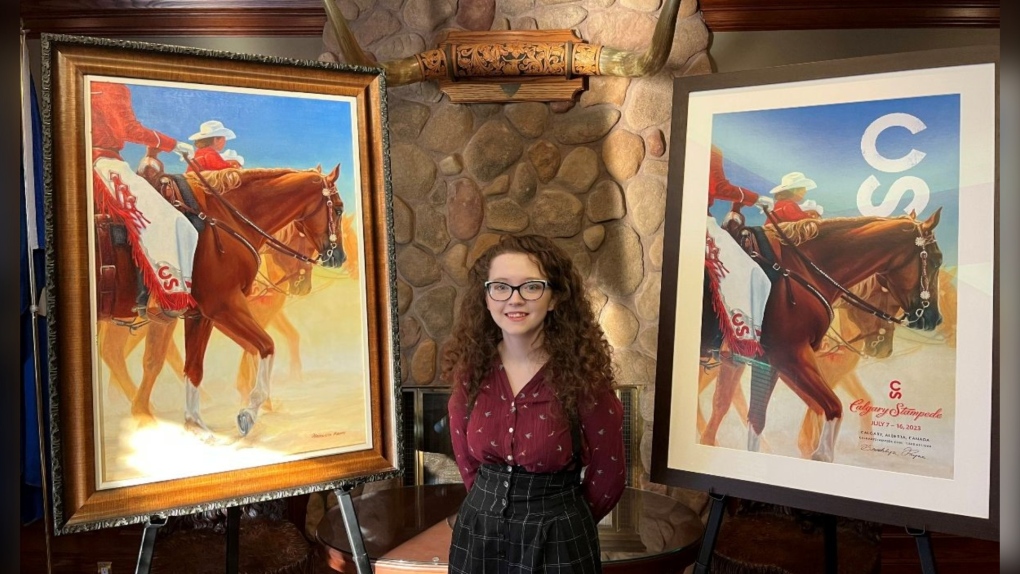 The months-long countdown is underway to the next edition of the Greatest Outdoor Show on Earth and the Calgary Stampede has now unveiled its 2023 poster.

The winning artwork was designed by 22-year-old Brooklyn Payne, a Calgary resident who recently graduated from the Alberta University of Arts. They elected to focus on the artistry of the Stampede Showriders.

"My first inspiration was the idea of community, which is so central to the Calgary Stampede," explained Payne. "The second was the image of the Showriders. There's something theatrical about them – they put on performances all throughout Stampede, and wear a quite visually striking ensemble that I really wanted to try my hand at painting."

Their entry garnered her a $10,000 Dustin Peer Memorial Scholarship.

The search is now underway for the 2024 Calgary Stampede poster idea and applications are being accepted from Alberta artists between the ages of 15 and 24. The competition's field will be narrowed following the Dec. 2 deadline with the pool of selected artists receiving tutelage from local artists and mentors ahead of the selection of the winning piece.

Details on the 2024 contest are available at Calgary Stampede – 2024 Poster Competition.