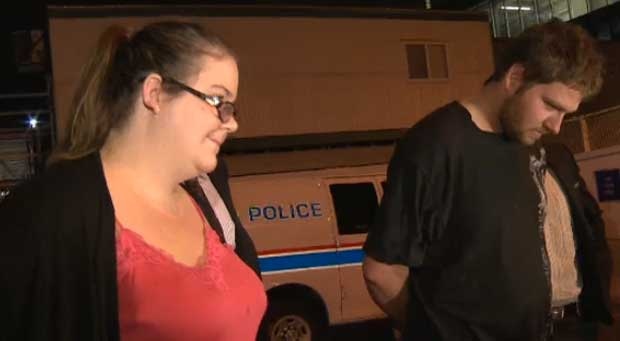 Spencer Jordan and Marie Magoon, seen in this file photo, were arrested in October 2012.

The Calgary woman serving a life sentence for murdering six-year-old Meika Jordan is appealing her conviction to the Supreme Court of Canada.

Marie Magoon is asking the court to overturn her first-degree murder conviction for torturing and beating Meika to death in 2011.

She was convicted and sentenced for second-degree murder alongside Meika’s biological father Spencer Jordan in September 2015.

Their convictions were upgraded in late 2016.

It’s unclear on if the Supreme Court will hear her appeal.