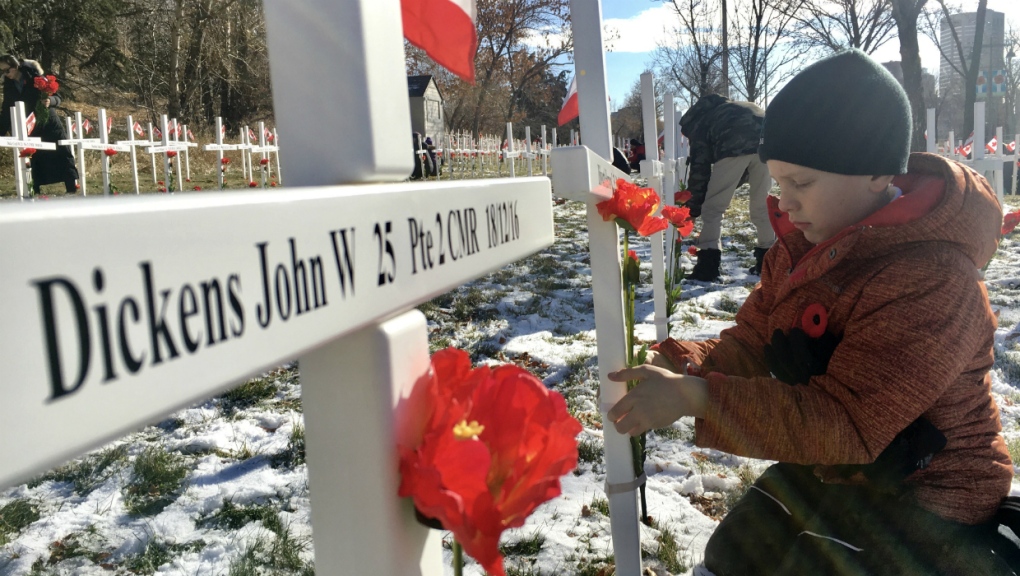 Students from Delta West Academy laid 3,400 poppies at the Field of Crosses on Wednesday.

A group of 90 local students toiled away in the cold this afternoon to lay over 3,400 poppies at the Field of Crosses along Memorial Drive.

Arriving in a convoy of buses, youths aged four to 18 meticulously placed the iconic flowers at each individual cross. The outing marked the 12th time students from Delta West Academy have completed the task, which started in 2008.

Denise Dutchuk-Smith, head of school at Delta West, said the exercise leaves a lasting impression on the students.

“It helps the kids to understand the sacrifices,” she said.

“When they start to complain, ‘I’m a little cold’ or ‘this is hard,’ I say exactly. Can you imagine what the soldiers did so that we can have our democracy?”

Tending to over 3,400 crosses saw the students employ an efficient formula involving several groups of distributors and poppy planters. The flowers will remain perfectly straight through Remembrance Day thanks to small bits of Velcro. 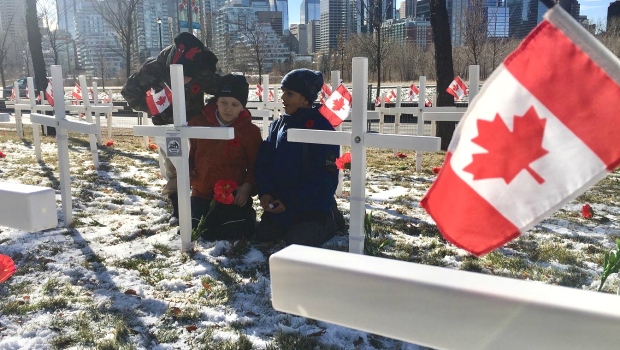 Dutchuk-Smith said her students always come away with a sense of duty when the job is done.

“This isn’t a task ... we’re not giving, we’re supporting, this is what we need to do to be better citizens, and it’s important they realize that,” she said.

Dutchuk-Smith said she plans on continuing the poppy-laying tradition with Delta West students for the foreseeable future.

The Field of Crosses will host sunrise and sunset ceremonies every day through Nov. 11, in honour of those who have perished while serving in the Canadian Armed Forces.