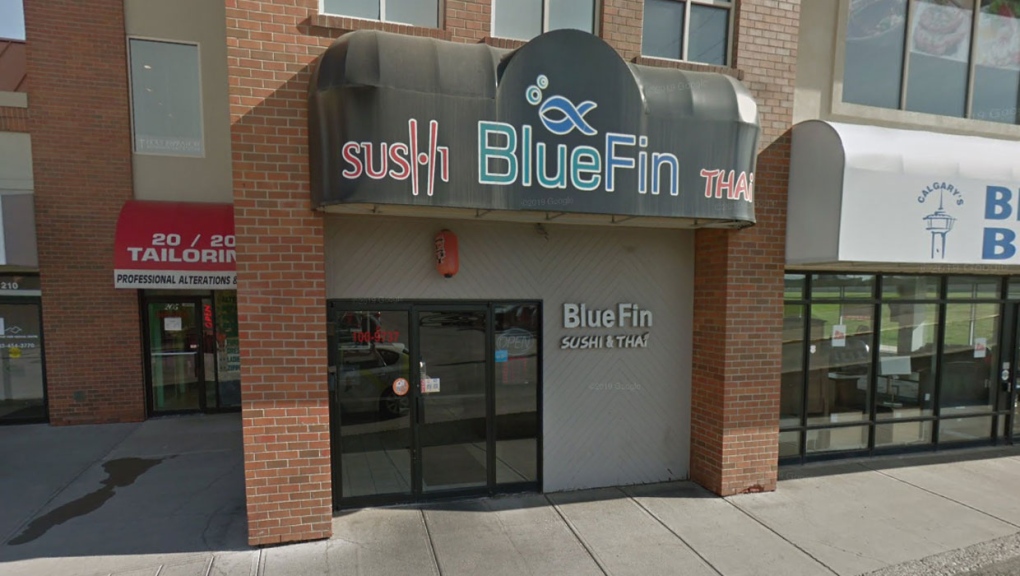 BlueFin Sushi, on Macleod Trail, has been ordered closed by Alberta Health Services because of a weekend fire. (Google Maps)

CALGARY -- Alberta Health Services has shut down a sushi restaurant on Macleod Trail after a Saturday fire caused significant damage to its kitchen.

The agency posted on its website that BlueFin Sushi, at 9737 Macleod Trail S.W., was ordered closed by a health inspector on Feb. 8.

The order says the restaurant was closed because of fire and smoke damage to several areas of the kitchen.

As well, chemicals used to fight the fire contaminated a number of pieces of kitchen equipment.

AHS says the restaurant was closed because it was not of "sound construction" or in a "good state of repair."

"The call to 911 was made by the alarm company and came in as a general fire alarm. Fire crews found a fire in the kitchen which was quickly extinguished."

Henke said there were no details on the extent of the damage or the cause of the fire.

AHS says the restaurant will only be allowed to reopen once the owners conduct appropriate repairs to the kitchen which include: