CALGARY -- Ahmed Ghanem will never forget the words uttered to him by a Calgary police officer as he was dropping off bags of bottles at a northeast Calgary bottle depot on the morning of August 25th.

“As I was pulling the bottles out of my car, he said directly to me, that is one way to get shot,” said Ghanem.

Ghanem says the officer was ticketing him for not wearing seatbelt, something the teen says is untrue.

Ghanem says he got back into his vehicle but wanted to make sure the bottles in his bag weren’t leaking so he went back outside the vehicle to double check.

“I told him I don’t want the milk to leak into my car because it stinks,” said Ghanem.

“And he said that is not my problem and that’s one way to get shot. I looked at him like ... shot with a gun? It honestly blew my mind that he said that to me.”

Ghanem says he is especially upset the officer used that kind of language because of police brutality incidents that have happened in the United States, using shooting of Jacob Blake and the killing of George Floyd as examples.

The teen says he called Calgary Police Services after the incident and alerted them to what happened.

CPS confirms, through the officer’s body camera, that an unfortunate comment was made by the officer towards the driver during a traffic stop at a parking lot.

In a statement to CTV, CPS said “at that time the driver exited the vehicle and began to grab items from the back seat of his car. The officer directed the driver several times to refrain from doing so, and asked to see the driver’s hands, explaining that it is an officer-safety issue.”

Doug King, Professor of Justice Studies with Mount Royal University, said these types of incidents erode trust between the public and police.

“When you’re in a position of authority, as police officers are, you have to be guarded and conscious about what you’re saying but also how it will also be received,” said King. 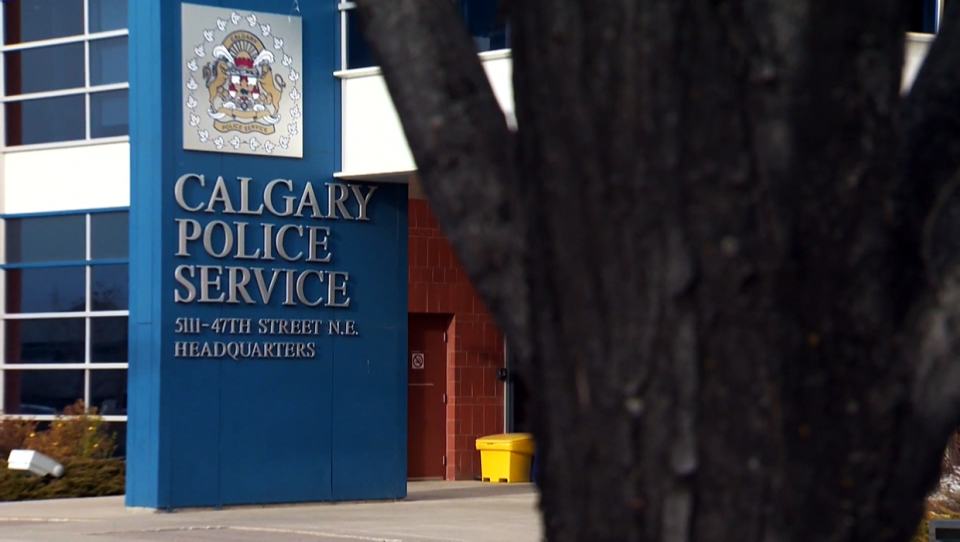 Ghanem said at one of his jobs he does interact with police officers and says for the most part he has never had a problem. However, the incident at the depot has him shaken up.

“I was scared, super scared. Now every time I see a cop I’m so scared and even talking a bit about it now I get shaky,” he said.

“You could get that bad cop and you don’t want that and even right now thinking about it, it was such a bad thing to experience and I did not want to get caught up in that.”

Ghanem hopes that his ticket will be dropped and that the officer will get retrained.

CPS says the officer maintains that Ghanem was not wearing a seat belt.

In the statement, CPS confirm that “the officer was verbally counselled that his comments were not acceptable and while he may have felt threatened, alternative language should have been used.”