CALGARY – One Calgary Transit operator has been hard at work for nearly 50 years but says he's loved every single minute of it.

He started his career in 1973 and has watched the city expand over the years but says the people are as good to him as always.

"The city has grown but the people have stayed friendly and that’s what I’ve really enjoyed, my passengers wave at me, they say good morning to me and I really quite enjoy that."

At 75 years old, he was ready to retire but his grandchildren convinced him to make sure he drove a CTrain first.

About 13 years later, he’s glad he made the move. Now, Banks is known for making announcements to his riders throughout their trip.

"I started giving the weather report, announcing the scores for people that like sports and just things that are happening in general for the city and promoting the city," he said. "It’s been great, it’s been absolutely wonderful and the people have responded very, very well."

Some of the riders on the CTrain say they wish more drivers would take the time to talk to them like Banks does.

"This is the first time I’ve really heard of the driver and all that," said passenger Ian Seright. "I take the CTrain quite a bit so it’s surprising that he’s done it for 47 years and I kind of have to applaud him." 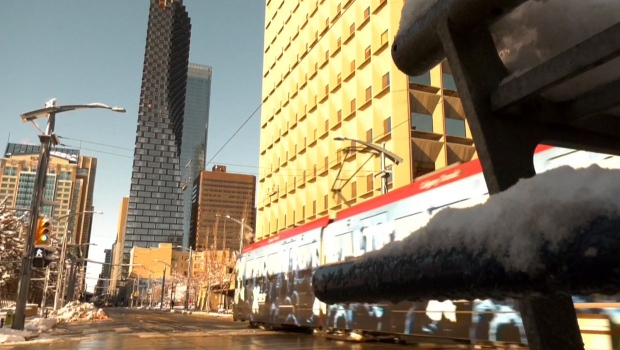 Banks knows he will have to retire one day but isn’t sure when that will be.

"You know, my wife suggested that I retire in April and I agreed with her, I just didn’t tell her what year" he said.

Until then, Banks says he will keep on entertaining riders with weather reports and whatever else he can think of to make sure they have a great day.